NHL Betting News
There are fewer things more exciting in sports than a Game 7 in the Stanley Cup Playoffs. That is what we will get to experience on Wednesday night when the Rangers and Capitals go head to head to decide who goes to the Eastern Conference final versus either the Tampa Bay Lightning or the Montreal Canadiens. The Rangers will have home ice advantage in the deciding game and are -167 NHL betting favorites for the match.

The New York Rangers have to be considered the favorites to move on, as they were the best team in the regular season, and they have the all-important home ice edge. All of that seems to go out the window, though, once the playoffs, and particularly Game 7 games, come around. The Broadway Blueshirts have certainly not been unbeatable at home in the postseason, as they are coming into this one with a 4-2 record at MSG. What this team has shown, though, is a huge amount of grit and guts, as they could easily have rolled over and played dead after going 3-1 down in the series versus the Caps. They picked up a lifesaving 2-1 OT win at home in Game 5, before heading to Washington to record a 4-3 victory that was a little more convincing than the score suggests. They will now head back home carrying all the momentum. 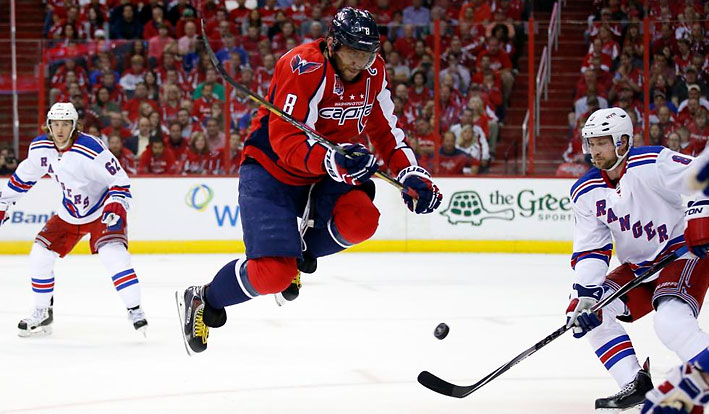 The Washington Capitals have been something of a surprise package throughout this postseason, but the feeling is that if they can get over this hurdle, they could be the favorites to represent the Eastern Conference in the Stanley Cup Final. If they are going to do that, they are going to need more of the same from Braden Holtby between the pipes. He has a sparkling .944 save percentage through 12 games, but he was pretty badly victimized by the rangers in Game 6, giving up 4 goals on 28 shots. This upcoming game represent a bit of déjà vu for the Capitals, as they had to go on the road to knock off the New York Islanders in Game 7 in the first round. Can history repeat once more?

Both goaltenders in this series have been outstanding, and you get the sense that one of those guys is going to make a play in Game 7 that will decide the series. Expect a tight, low-scoring affair that might even go to OT, and look for the Rangers to complete the dramatic comeback. SourcesNHL.com (http://rangers.nhl.com)ESPN.com (http://espn.go.com/nhl/team/_/name/wsh/washington-capitals)
Older post
Newer post