NHL Betting News
Both the 7th-seeded Minnesota Wild and the 4th-seeded Chicago Blackhawks needed 6 games to progress from their respective first rounds of the Western Conference NHL Playoffs. In order to keep alive their Stanley Cup Championship ambitions, the two teams play against each other in the second round of their conference finals, starting with Game 1 that is slated for Friday Night. Which of the two teams will kickstart its second round campaign with a win at the United Center? Find out in the NHL betting odds preview we’ve prepared for you below.

“It’s going to be a big challenge to get goals against them.” Hjalmarsson talks patience and jumping in on offense: http://t.co/WyOoqYIHAR

Entering this contest, the Wild are the team to watch, coming off a huge 4-2 series upset of the Central Division champs, the St. Louis Blues. Throughout their first round, both the offense and defense equally played a pivotal role in carrying the Wild through their grueling 6-game series win over the Blues. But even with the commendable teamwork from Minnesota, the team wouldn’t have succeeded without the individual brilliance of Zach Parise, who led the Wild’s offense with seven points (4 assists and 3 goals). 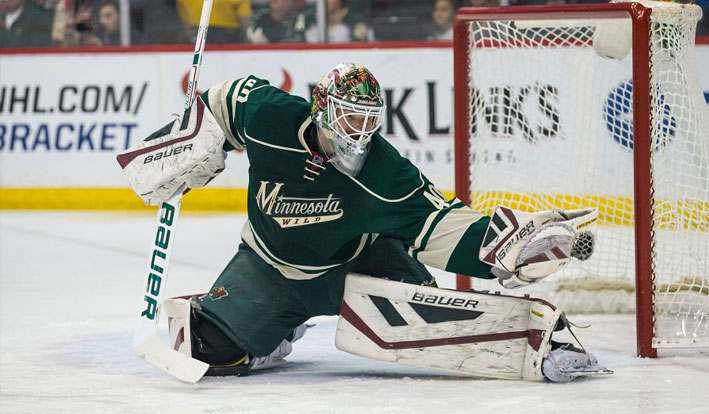 Meanwhile, netminder Devan Dubnyk (a Vezina Trophy finalist) continued with his excellent performance from the regular season with a stunning performance against the Blues, posting a remarkable .913 save percentage and a 2.32 GAA in the series.It is however not going to be easy for the Wild to take down the Blackhawks, a team that is also coming off a 4-2 series win over the Nashville Predators and has eliminated Minnesota in the past two Stanley Cup Playoffs (in 2013 and 2014). The Blackhawks also won the regular-season season series against Minnesota 3-1. Even so, the Wild are a different entity right now—more mature, experienced and all-rounded than the previous versions that have been dominantly beaten by Chicago. To defeat the Wild, Chicago will thus need its very best of players to play efficiently.Despite allowing nine goals in four periods against Nashville during the first two games of their series (and being replaced thereof by Scott Darling in the last four games), goaltender Corey Crawford is set to start Friday’s Game 1 clash against Minnesota. With a 1-1 record and a 4.19 goals-against average plus a .850 save percentage in the first round, Crawford will certainly have to up his game to stop Parise and his supporting cast, including Jason Pominville and Michael Granlund, who both have 5 points each from the first round series. 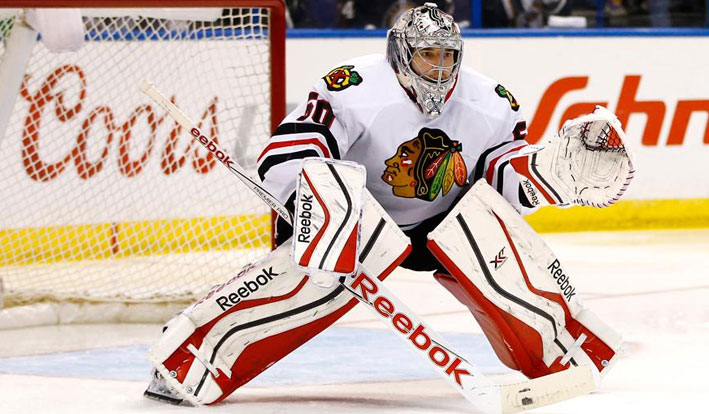 In the offensive department, the onus will be on Jonathan Toews (who leads the Blackhawks in the playoffs with 8 points on 5 assists and 3 goals), Patrick Kane (5 assists and 3 goals), Bryan Bickell and Patrick Sharp to take up the scoring responsibilities and get their offense going relentlessly if they are to find a way past the mean Dubnyk.

Chicago gets off to a solid start, but Dubnyk holds them off to help the Wild sneak away with a marginal win, as the game total stays UNDER.SourcesESPN.com (http://espn.go.com/chicago/nhl/story/_/id/12774691/corey-crawford-chicago-blackhawks-named-game-1-starter-western-conference-semifinals-vs-minnesota-wild)Yahoo.com (http://sports.yahoo.com/blogs/nhl-puck-daddy/devan-dubnyk–andrew-hammond–kris-letang-voted-masterton-trophy-finalists-000506030.html)
Older post
Newer post