NHL Betting News
The general consensus among hockey fans and the NHL odds is that the two teams battling it out in the Eastern Conference Final are essentially playing for second place. There are few people who believe that the New York Rangers or the Tampa Bay Lightning have what it takes to knock off either the Anaheim Ducks or Chicago Blackhawks in the Stanley Cup Final. That is something to argue at a later date, as the Eastern Final is balanced on a knife edge, tied at 1 and heading back to Tampa for a critical Game 3.

The New York Rangers may well have won the President’s Trophy for compiling the best regular season record, but they came into the playoffs with very little respect. They made short work of the Pittsburgh Penguins in Round 1, but had to come back from 3-1 down to take out the Washington Capitals in 7 games in the second round. It looked as though they were set to go on a roll, taking Game 1 of the Eastern Final on home ice, but then the inevitable Game 2 slump reared its ugly head. Going back to the 2012 season, the Rangers have put together a baffling 1-7 record in the second game of their playoff series. The personnel may change, but the result always seems to be the same. They are now going to have to head to Tampa for 2 games and hopefully find a way to get a win that would snatch back home ice advantage. 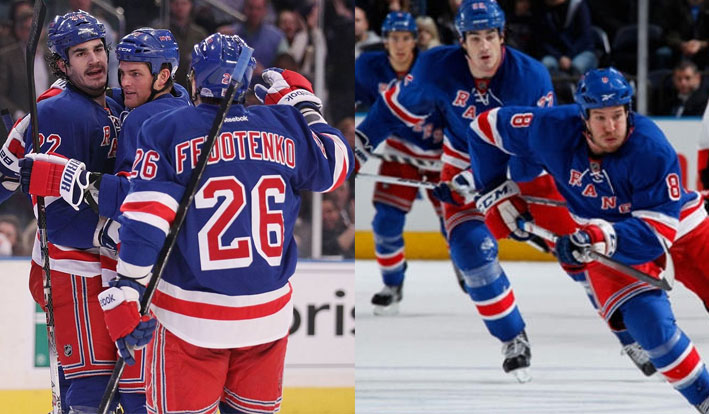 Ask any team what they want when opening a playoff series on the road, and most will say that a split will suffice. The Lightning got that in Game 2 with a dominant 6-2 win, with Tyler Johnson netting the hat trick for the Bolts. Johnson now has 11 goals and 5 assists through the playoffs. The win was significant in that it marked the first time that the Rangers had not been involved in a 1-goal game throughout this playoffs. It’s also significant in that Tampa Bay must now be heading home buoyed and believing that they have the necessary firepower to break down a Rangers defense that has been ridiculously stubborn in the postseason. The Lightning are only 4-3 on home ice during the playoffs, though, so home ice is not necessarily the advantage it should be.

New York Rangers
Tampa Bay Lightning
The Rangers have been a very stubborn team during this run, and I find it hard to believe that they won’t get a split on the road. There are sure to be some home ice jitters from the Lightning, and I think New York can capitalize on that and win Game 3.Sources:Yahoosports.com: http://sports.yahoo.com/nhl/teams/nyr/ESPN.com: http://espn.go.com/nhl/player/_/id/5706/tyler-johnson
Older post
Newer post