NHL Betting News
When it comes to the NHL playoffs, online betting history has shown that a hot goaltender and a great defense go a long way towards determining who will lift the Stanley Cup when all is said and done. The Tampa Bay Lightning seem bound and determined to show that regularly lighting up the lamp is another path to success. They hold a 2-1 series lead over the New York Rangers in the Eastern Conference Final, with Game 4 set for Friday night in Tampa.

Time: Friday, 8 p.m. ETVenue: Amalie Arena, TampaNational TV: NBC Sports NetworkOpening line: Lightning -123, Rangers +111 (5 goals)The Tampa Bay Lightning have now scored 6 goals in each of their last 2 games against the Rangers, and they have their top 2 lines absolutely rolling right now. While this output may come as a surprise to some, it really shouldn’t. After all, the Lightning were ranked number 1 in offense in the regular season, scoring 3.2 goals per game. If truth be told, their performance in Game 2 was certainly not their best, as they had to fight and claw every inch of the way, as they continually allowed the Rangers to get back into the game. Game 4 will be back on home ice again, but even if the Lightning win to take a 3-1 series lead, you can bet that they will not believe that the job is done. The Rangers came back from 3-1 down in the previous round versus the Capitals, which makes you believe that there is a lot more hockey to be played in this series. 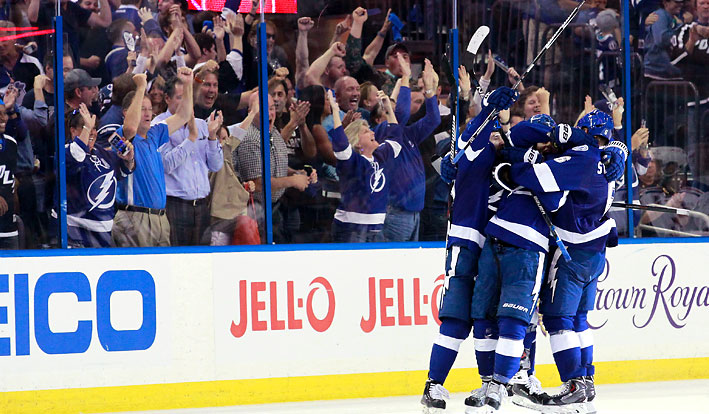 The confidence of the NY Rangers has to be shaken a little right now. They had gone through a stretch in the postseason where they had only allowed 2 or less goals in 10 of their 11 games. Like I said at the start of this piece, those are the sort of stats that are usually a sign of a team that is destined to be champion. The downside is that they have struggled to put teams away despite giving up such a small number of goals. You hate to point the finger at one player in particular, but you have to look at what Rick Nash has contributed to the cause. The top scorer for the Rangers in the regular season has no points in this series, and only 1 goal in the 13 playoff games the Rangers have played to this point. That has to improve if the Rangers have any shot at getting to the Final.

If the New York Rangers have proven anything this postseason, it is that they are a team that doesn’t know what it means to quit. I think they can shake off those 2 straight defeats, and will find a way to steal back home ice advantage in game 4. Sources NHL.com (http://lightning.nhl.com)ESPN.com (http://espn.go.com/nhl/team/_/name/nyr/new-york-rangers)
Older post
Newer post