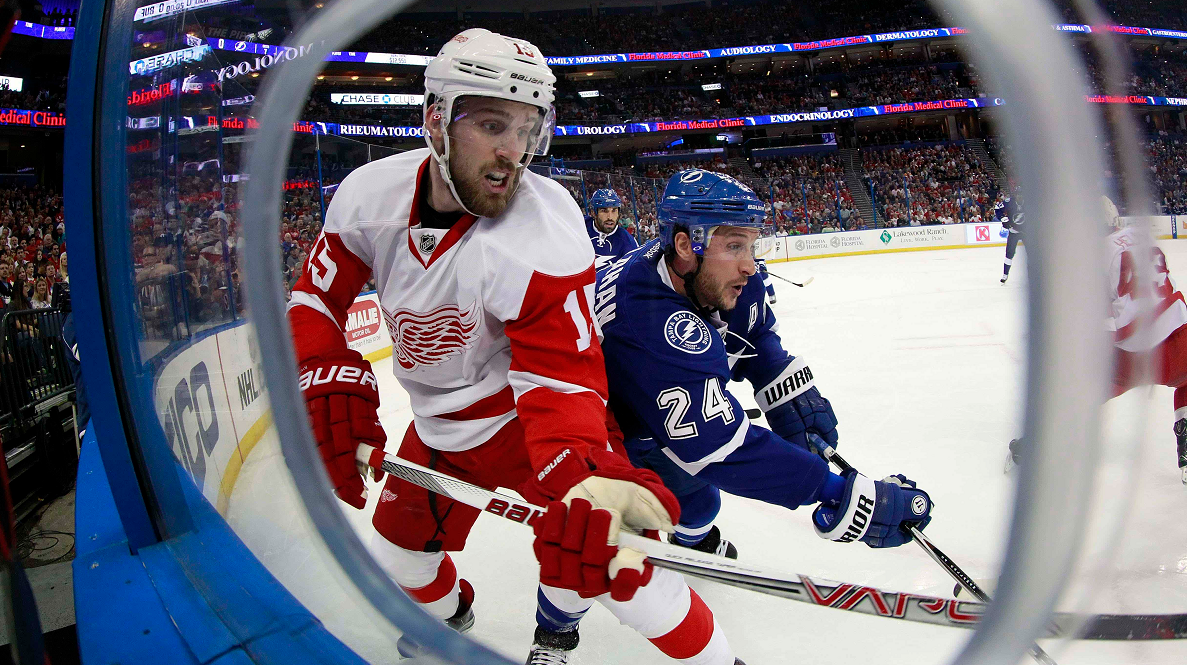 NHL Betting News
Playing in the hostile Joe Louis Arena, the Tampa Bay Lightning silenced the raucous Detroit crowd with a resounding 3-2 win in Game 4. With that win, the series is tied at 2-2 and the Lightning are now back in contention for the 2015 NHL Stanley Cup Playoffs and can take a step ahead towards achieving their NHL Championship ambitions by beating the Detroit Red Wings in Florida this evening. But knowing the Red Wings, their strong road record, and their urge to avenge Thursday’s defeat, the Lightning will have their work cut out for them in Game 5. Stick around as we give you an NHL breakdown complete with Betting odds of this highly-anticipated clash.Venue: Amalie Arena, Tampa, FloridaDate: Saturday, April 25, 2015Time: 6:00 PM ETTV: FSDT/ SUN/ NBCSNSeries Standing: Both teams are tied 2-2Money Line: Tampa Bay -190

In Thursday’s meeting between the two teams, the game looked on course for a Detroit shutout win after Joakim Andersson and Gustay Nyquist found the back of the net following a scoreless first period. But with 55 minutes gone and time running out for Tampa Bay, Tyler Johnson stepped up to halve the deficit, scoring a goal with 5:26 left, and then assisted Ondrej Palat’s equalizer 77 seconds later, taking the game to overtime. Palat then returned the favor in OT by assisting Johnson on his goal at 2:25, helping the Lightning to secure a priceless 3-2 road win.

Mrazek gets some work in as we kick off practice here in Tampa #ATTExtCov pic.twitter.com/l3yWEUNTcf— Detroit Red Wings (@DetroitRedWings) April 24, 2015

On the other side of the field, Ben Bishop atoned for his misplay of Joakim Andersson’s long shot in the second period (which gave the Red Wings a two-goal lead) by making 22 saves for Tampa Bay, while his counterpart Petr Mrazek had a 26-save performance for Detroit.Entering this game, the key for Tampa Bay will be for Steven Stamkos (the joint regular-season points leader for the Lighting at 72, alongside Johnson) and his teammates to get their offense going early in the game, rather than having to look for a late come-back. Matter of fact, getting a come-from behind win may not even be possible against Mrazek, who holds an impressive .922 save percentage in the series, including the 22-save shutout performance in Game 3. 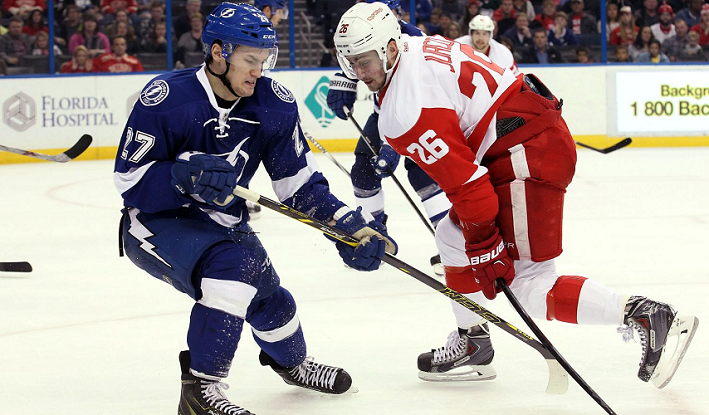 Meanwhile, Bishop and his defense must be watchful of Detroit’s attack-oriented players, particularly star center Pavel Datsyuk, who is the only Red Wings player with more than two points in the series and has scored in both of Detroit’s wins (Game 1 and Game 3).On the flipside, the Red Wings (who are decently 3-1-1 in their last 5 road trips and 22-16-5 in all their games away from home this season) will need their road-trip mojo working for them. Playing against Tampa Bay’s in-form players like Johnson and Bishop, together with the support of their psyched-up home crowd, is guaranteed to be tough, so Detroit coach Mike Babcock and his players must be well-prepared for all that, if they are to claim a road win this evening. 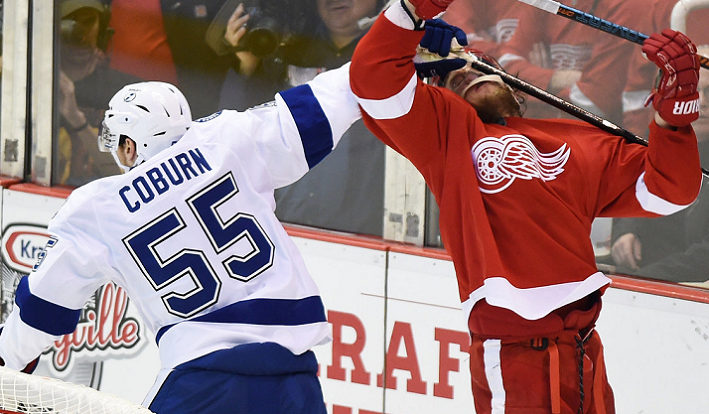 And speaking of being prepared, Henrik Zetterberg, Tomas Tatar and Mrazek will need to be ready to offer inspiration and leadership on both sides of the ice for Detroit. Without a strong winning mentality and an inspired performance, the Red Wings might as well call it quits because Tampa Bay is never the friendliest of places to visit, especially in the playoffs.

Though the Detroit-Tampa Bay series has been one of the most unpredictable ones in the playoffs, I like how Tampa Bay has been dominant in its home games against Detroit and other teams in the league as well. I’ll therefore go with a marginal Tampa Bay victory plus an UNDER in the game total to maximize the payouts.
Older post
Newer post