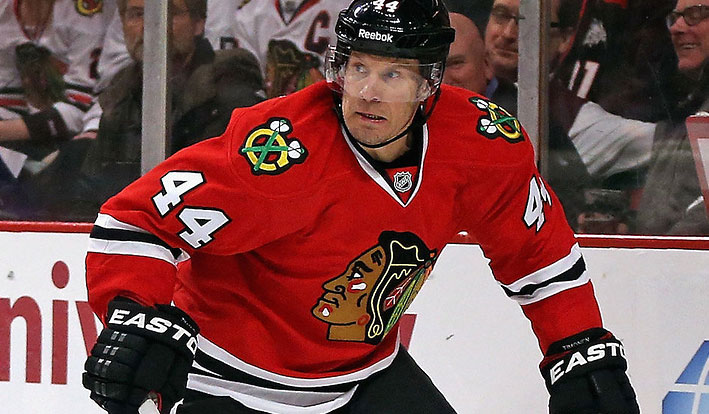 The Blackhawks suffered the most devastating injury in the NHL a little over a week ago when Hart Trophy candidate and NHL leading scorer Patrick Kane suffered a broken clavicle against Florida. Kane is expected to miss 12 weeks, which means deep into the playoffs. You knew the Hawks had to do something before the trade deadline to fortify the team in the wake of that devastating injury and GM Stan Bowman did. He acquired very in-demand forward Antoine Vermette from the Arizona Coyotes as well as defenseman Kimmo Timonen from the Philadelphia Flyers. In a lesser move, Bowman added forward Andrew Desjardins from San Jose.Vermette and Timonen made their debuts with Chicago on Monday in the Blackhawks’ 5-2 win over visiting Carolina. Jonathan Toews, who will definitely need to pick up his game in Kane’s absence, had two goals and an assist. Brandon Saad scored his 20th to reach that mark for the first time in his career. Corey Crawford made 27 saves for Chicago. Vermette didn’t put up any statistics in 12:55 of ice time, while Timonen played in his first game of the season due to blood clots and had two blocked shots in 17:29. Desjardins could debut against the Oilers as Chicago hasn’t played since Monday. He will likely fit in as a fourth-line checking role.  Desjardins is a physical player who has five goals and three assists in 56 games this season. Hawks defenseman Johnny Oduya won’t return Friday. He hasn’t played since Feb. 22. 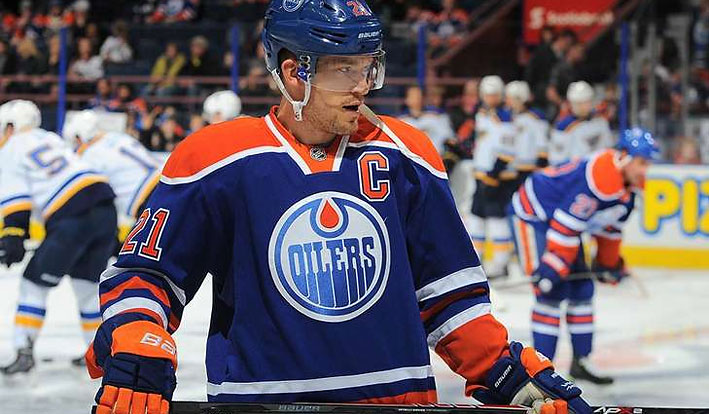 Edmonton has just 46 points, fewest in the Western Conference. Make no mistake about it: the Oilers are tanking to land a potential Top-2 pick in this summer’s draft, which has two franchise-type players in it. Edmonton’s minus-68 goal differential is only better than  Arizona’s, another team that has quit. The Oilers dealt one of their better defensemen, Jeff Petry, to Montreal ahead of the deadline. He had four goals and 11 points in 59 games.The Oilers have lost two straight games and were routed 5-2 at home by the L.A. Kings on Tuesday. Luke Gazdic and Teddy Purcell had the goals for the Oilers, who have lost four of five. Edmonton’s Tyler Pitlick (lacerated spleen), Taylor Hall (leg), Nikita Nikitin (shoulder), Viktor Fasth (knee), Anton Lander (shoulder) and Iiro Pakarinen (knee) are all out with injuries. Hall is the big one as he was the No. 1 overall pick in the 2010 draft and has 11 goals and 19 assists. He won’t be back until this end of this month at the earliest.Edmonton suffered its worst loss of the season on Nov. 22 at home vs. Chicago, 7-1. Toews had two goals and the Hawks scored on each of their first two shots on Ben Scrivens. However, on Jan. 9, the Oilers pulled off a 5-2 home surprise over the Blackhawks, who were playing the second of a back-to-back. Derek Roy had a goal and two assists for Edmonton. Backup Hawks goalie Antti Raanta was in net. The Blackhawks entered having won five in a row over Edmonton, dating to the 2012-13 season. 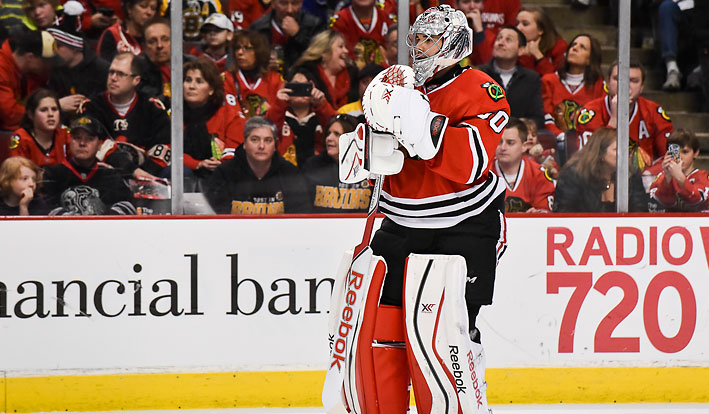 You really shouldn’t be betting on Edmonton unless it’s playing Arizona or Buffalo. Take Chicago at -140 on the goal line on NHL hockey odds & betting lines.
Older post
Newer post