NHL Betting News
One of the more grueling tests in professional sports is the NHL playoffs, as guys who are tired and hurt after an 82-game regular season grind have to find a way to win 16 more games in order to be crowned Stanley Cup Champions. The teams that have the ability to put a team away when they have them down in a 7-game series are usually the ones that do well. NHL odds favorites, the Tampa Bay Lightning, are up 2-0 on the Montreal Canadiens, have a chance to hammer another nail in the coffin when the Habs skate into the Amalie Arena for Game 3 on Wednesday night.

Date: Wednesday, May 6th, 2015Time: 7:00PMVenue: Amalie Arena, TampaOpening line: Lightning -145There were a few signs that Montreal could have a tough road ahead of them in the opening round. They raced out to a 3-0 series lead, but simply couldn’t find a way to quickly deliver the killer blow to the pesky Ottawa Senators. The Canadiens eventually won the series in 6 games, but left many fans questioning their ability to go all the way when faced with better teams in the later rounds. Montreal compiled the best defensive record in the regular season, thanks in large part to the contribution of goalie Carey Price, and he has maintained a hot hand throughout the playoffs, only giving up 12 goals in the 6-game opening round series. It was another tight one to start the second round series on home ice, but the Habs fell 2-1 in OT before getting shelled 6-1 in Game 2. A big part of the problem for Montreal is the 1 power play goal that they have scored in 26 attempts in the postseason. That has to improve if they are to stay alive. 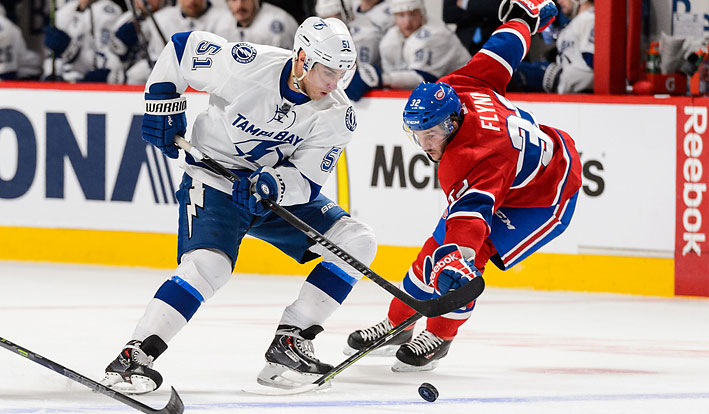 The Tampa Bay Lightning were the league’s top scorers in the regular season, so it might come as a surprise to learn that they made it out of the first round despite being shut out twice by the Detroit Red Wings. The Lightning got goals when it mattered, though, and found a way to come back from 3-2 games down to win the series in 7. With the two wins in Montreal to start the second round, the Lightning have now won 4 straight and appear to be hitting their stride quite nicely. They had power play troubles of their own in Round 1, but broke out of that slump by going 4 for 8 against the Habs in Game 2 of this series.

The Lightning would likely have been happy with the split in Montreal, but must now be flying high after winning both games. I just don’t see them letting the opportunity go 3 up slip, which is why I think they win again on Wednesday night. SourcesWSJ.com (http://www.wsj.com/articles/carey-price-cant-save-the-canadiens-alone-1430841614)NHL.com (http://lightning.nhl.com)
Older post
Newer post