NHL Betting News
In order to book a spot in the Stanley Cup Final, the New York Rangers and Tampa Bay Lightning are going to have to play what is sure to be a tense Game 7 in Madison Square Garden on Friday night, where the Rangers are favorites to win on NHL lines. Home ice gives the Rangers a distinct edge, but there is another factor at play that would seem to play into the favor of the Broadway Blueshirts.

Time: Friday, 8 p.m. ETVenue: Madison Square Garden, New YorkNational TV: NBC Sports NetworkOpening line: Rangers -148, Lightning +134 (5 goals)The Rangers already had to overcome a Game 7 during this playoff run, but they have also become incredibly adept at winning close games. The first 13 games that the Rangers played during this postseason were 1 goal games, and they were able to win 9 of those. This is a team that seems to rise up when the going gets tight. While Henrik Lundqvist had a couple of off games in this series, he has been otherwise outstanding. In the Game 7 in the previous round versus the Capitals, Lundqvist stopped 35 of the 36 shots he faced under extreme pressure. That was the 6th straight Game 7 win for Lundqvist, during which he posted an anemic 0.84 GAA. If you had to pick just one goalie to win you a deciding game, it would likely be him.The Tampa Bay Lightning will point to the fact that they have put 15 pucks behind Lundqvist in the last three games, but they also gave up a bunch during that stretch. This Game 7 is not likely to be one that is wide open and offensive, which means clear cut chances will probably be very limited. That should allow Lundqvist to get in a groove and build up his confidence. 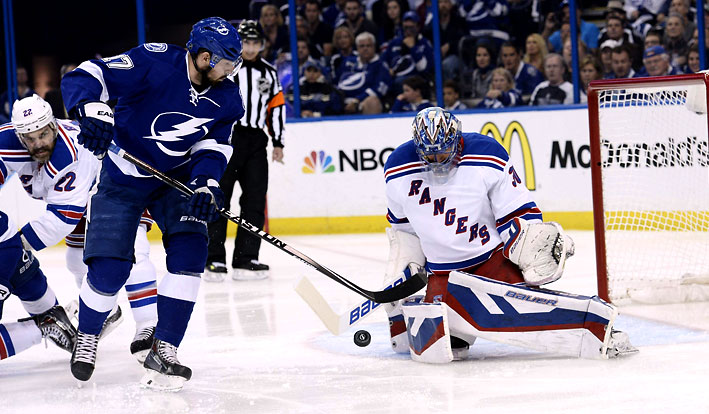 Home ice has not really been much of an advantage in this series, but it certainly has been for the Rangers in these type of situations. They are 7-0 at MSG in Game 7 scenarios, and have won their last 10 games on home ice with elimination staring them in the face. Those are things that simply cannot be overlooked if you are thinking of placing a bet on the outcome of this game.

To be honest, I have counted out the Rangers a number of times throughout this playoff run, and it has always blown up in my face. I’m not going to do it again, as I think they get the win that takes them to the Finals. SourcesTorontoSun.com (http://www.torontosun.com/2015/05/28/rangers-henrik-lundqvist-dominates-opponents-in-game-7s)NHL.com (http://lightning.nhl.com)
Older post
Newer post