NHL Betting News
The Stanley Cup Final is shaping up to be a great one, as the teams split the opening 2 games in Tampa Bay. The Chicago Blackhawks came in as NHL betting favorites to win it all, and with home ice advantage now on their side, they are still a very good bet. With potentially 5 games still to come, there are plenty of different betting options still on the table. Getting in on those at this stage in the proceedings means maximizing your chances of winning some money.  One of the most appealing bets at the moment is on the actual outcome of the series. This is beginning to look as though it will go 6 or 7 games, but which way will it go? You could sit and wait until the two games in Chicago have been played, but the odds start to drop with each passing game. If you haven’t made a bet on the series, but have an idea of who you think will win the Cup, now is the perfect time to put your money where your mouth is. I liked the Chicago Blackhawks to win the series in 6, and I am still sticking with that.The spread on each of the remaining games is also an intriguing bet. The first two games have been decided by a single goal, and there is no reason to believe that will change. Total goals is a little trickier, as the first two game have split the OVER/UNDER. Will the Lightning play a tighter defensive game on the road, or will they come out guns blazing and try to steal one. Both of these teams can score goals, so I would be looking at the OVER on all the remaining games. 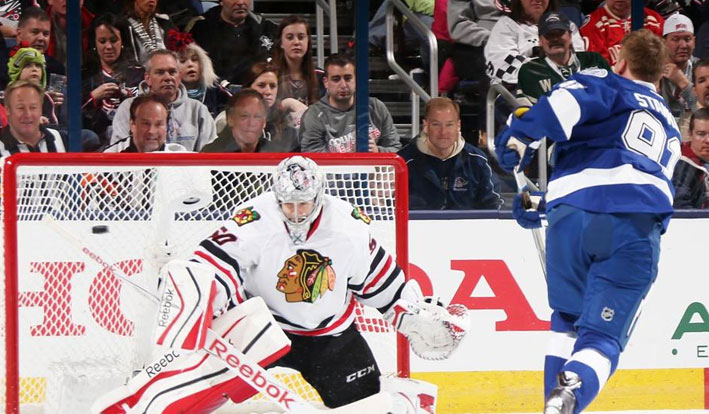 If you can’t decide between who will win and who will lose, how about placing a bet on the potential Conn Smythe Trophy winner, which is awarded to the MVP of the playoffs? If you like the Lightning, it would appear that Tyler Johnson would be a solid bet. Nikita Kucherov is another possible candidate for Tampa Bay, as his 21 points out him one off the pace set by Johnson. On the Chicago side of the ice, you have to look at Patrick Kane and Duncan Keith as solid possibilities. If the Blackhawks win the series, as I believe they will, I believe it will be Keith who gets the MVP.There is still plenty of time to get some great wagers in, so why not start with Game 3 on Wednesday night.Sources:NHL.com: http://www.nhl.com/ice/player.htm?id=8476453ESPN.com: http://espn.go.com/nhl/team/_/name/chi/chicago-blackhawks
Older post
Newer post