NHL Betting News
If you just watched the Eastern Conference finals in the NHL playoffs, then you saw the Tampa Bay Lightning win Game 5 in New York, lose at home to the Rangers in Game 6, and then go back on the road to take Game 7 in storied Madison Square Garden, a building where the Rangers had made history in NHL betting simply out of converting their home Game 7 contests.So you might be wondering why teams spend so much time trying to solidify their position in the standings so they have home ice advantage in at least one round of the playoffs, if not more. There are a couple of benefits that come with being the home team in hockey, even if the results of games don’t always reflect those advantages.  The first advantage is that the home team gets the last change. That means that the coach of the home team can look at the players that the other team has put out on the ice and then make the last round of substitutions before the next faceoff. So if the visiting team has its best scoring line on the ice, the home team can counter with its best checking line. Over time, this should have a significant effect on the outcome of a game.Another advantage comes in the faceoff circle, where the visiting team has to put its stick down to the ice first. Coming down second often lets the home player knock the puck back toward his side. Winning faceoffs is a major benefit over the course of a hockey game.There’s also the benefit of playing in front of your own home crowd. Hearing your fans cheer you on provides that last dose of energy when you are tired in the third period and in overtime. During the regular season, overtime only lasts five minutes before the game goes to a shootout. In the playoffs, though, overtime runs in 20-minute periods of sudden death action. If one 20-minute period ends, then another one ends. The overtimes keep going until one team scores and wins the game.In the years between the 2005-06 and 2011-12 seasons, teams with the home ice won 34 of 56 first-round series in the playoffs. The conference semifinals were split evenly, with 14 home teams winning and 14 home teams losing. In the conference finals, the team with the home ice advantage won 8 of 14 series. In the Stanley Cup Final, the team that got to play four games at home (if necessary) won five of seven series. 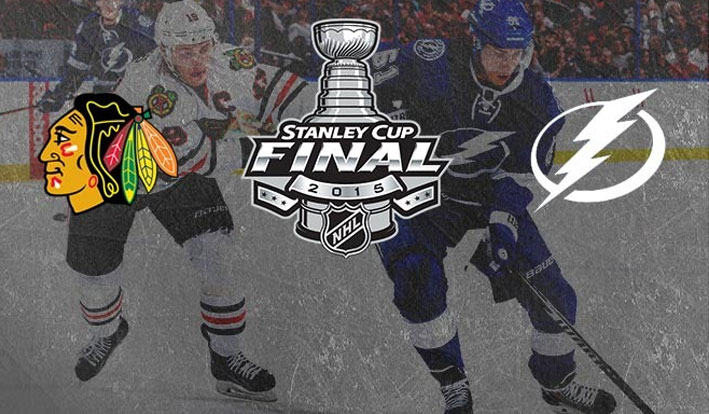 So, there does seem to be a slight advantage to having the chance to play as many as four games in a playoff series at home. So how could the Rangers and Tampa Bay Lightning both lose such big games at home in an Eastern Conference final?In a sport like basketball, where the scoring is much greater in terms of points, when a team goes on a run, all of a sudden they can be up by 15 or 20 points without a lot of effort. In hockey, a team can dominate in terms of possession, scoring chances, shots on goal and even hits but still remain even in the game – or even go down if the other team gets a lucky break and knocks in a goal on the other end. Much like soccer, hockey is a game of bounces and chances. Home advantage is also stronger in baseball because the home team has the chance to be on offense last. In hockey, it doesn’t take too many bounces to send a game the wrong way – in a hurry – for the home side.Sources:NHL.com: http://www.nhl.com/ice/stanleycup.htmESPN.com: http://espn.go.com/nhl/team/_/name/tb/tampa-bay-lightningc
Older post
Newer post