Soccer Betting News
Group B at the Copa America looked as though it would most likely have Argentina and Uruguay moving on after the group stage, but after the first round of games, everything appears to be up in the air. Both of the soccer betting favorites were not at their best in the first set of games, and now they will have to face each other on Tuesday night knowing that a loss could leave them in some real trouble.

Date/Time: Tuesday, June 16 at 7:30 p.m. ESTLocation: Estadio La Portada, La Serena, ChileOpening Line: Argentina -½-150  Argentina are likely to be the more desperate of the two teams, as a loss here would very likely put the second round out of their reach, assuming that Paraguay knock off Jamaica as expected. There really is no reason for them to be in this position, as they looked to be in total cruise control against Paraguay in their opening game. Aguero and Lionel Messi has staked Argentina to a 2-0 lead at the half, but they then seemed to switch off, allowing Paraguay back into the game en route to a 2-2 tie. While Uruguay did not look particularly convincing in their opening match, they were still able to get out with a 1-0 win and 3 points. Argentina could still find a way into the next round with a loss or a tie, but you would have to wonder how inspired Paraguay and Uruguay would be to win if they met in the final round of the group knowing that a tie would take them both through. 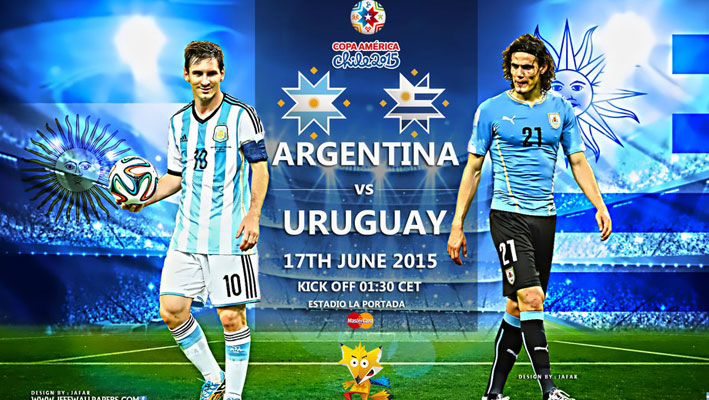 While Uruguay will be happy, if not totally satisfied, with their 1-0 win over Jamaica, they will also be well aware that they will need to be a whole lot better against Argentina if they want to get anything out of this game. This is a team that looks a shadow of its former self, with many of the key players now well into their 30’s. They are not really built for a long tournament run, and without the still banned Luis Suarez leading the attack, they do not have a lot of teeth up front. Edison Cavani is being asked to fill the goal scoring role, but he looked totally frustrated against Jamaica. These two teams met twice during World Cup qualifying, and split the games with a win apiece. There were 8 goals scored in those 2 games, but I don’t expect that sort of output this time around. 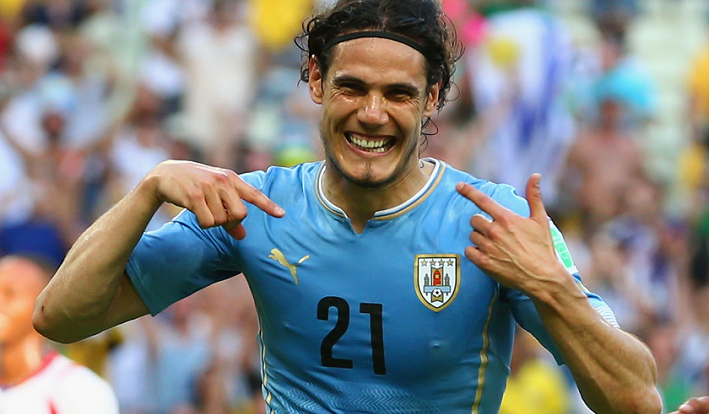 If Argentina can play the way they did in the first half of the Paraguay game, they should come out okay. I think they can do that, and like them to come away with a narrow 2-1 win.Sources:ESPN.com: http://espn.go.com/Lionel-Messi/Goal.com: http://www.goal.com/en/people/uruguay/16639/luis-su%C3%A1rez
Older post
Newer post