Soccer Betting News
After a dramatic 4-4 draw in their first leg encounter, soccer betting enthusiasts are eager to see how this Wednesday’s clash between Roma and Leverkusen will play out (watch live stream), making this is a must-watch game. Roma have been disappointing in Europe this season, failing to live up to their big name, and will be hoping to salvage their reputation with a win against the Germans. Can the Italians deliver a home win, or will Leverkusen deliver an upset in this game’s online betting lines? Find out in the brief soccer odds preview we’ve prepared for you below.

The @ChampionsLeague returns for #ASRoma this evening. Let’s do this! #RomaBayer #UCL pic.twitter.com/Q7Dj9995hy

Roma will be disappointed with themselves after giving up a 4-2 lead against Bayer and ending up with a draw in their first encounter. That win would have put them on four points and in a firm position to qualify for the next round. But thanks to the loss, they are now firmly rooted at the bottom of the table with just two points from three games. Having drawn two and lost one in their three group stage games, they must win this clash to ensure they have a chance to qualify. Fortunately, they have scored seven goals and are facing a Leverkusen defense that has conceded seven in the competition, giving them a glimmer of hope to get something out of this clash. 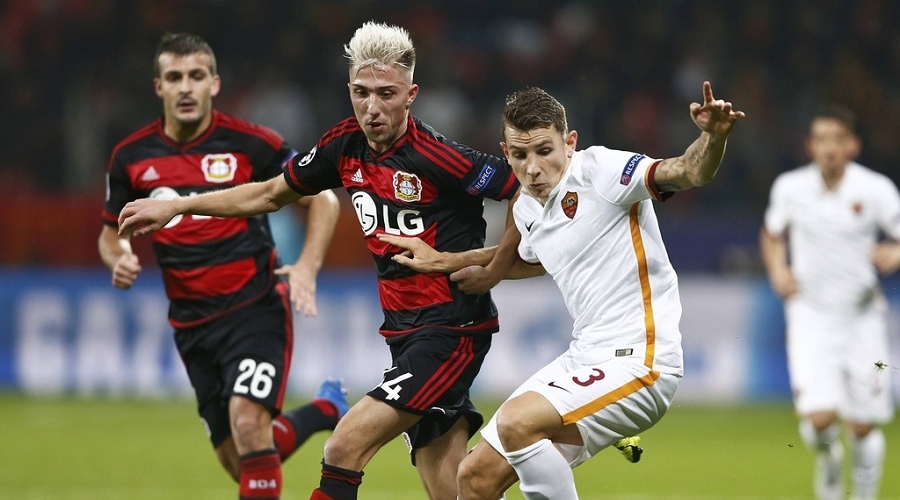 Just like Roma, Leverkusen will be mad at themselves for letting go of an early 2-0 lead and having to claw back for the 4-4 draw. A win in that clash would have sent them just a point short of the group leaders Barcelona, and needing just another win to qualify with two games left. Motivating their chances of getting a win this Wednesday is the fact that they have scored the most goals in the group at nine, which should give them a good opportunity to frustrate the leaky Roma defense that has conceded eight goals so far in the competition.

Who are the main injury concerns for today?

The hosts have a lot at stake and will be out to redeem themselves in Europe. They showed a lot of character in the last road game against Leverkusen but let in two goals in the last six minutes, something they’ll want to correct. Even so, both teams look to be playing at more-or-less the same level even if Roma have a slight home advantage. This game will thus be a tossup clash that could go either way, though we feel the visitors, Leverkusen, will emerge victorious with a narrow win, mainly because they have been playing better football over the recent times.
Older post
Newer post