Soccer Betting News
The results of the opening round of games usually determines what a team needs to do when the second set of group games comes around. Colombia are not in very good shape ahead of their second Group C Copa America game versus Brazil. Soccer betting fans expected the Colombians to handle Venezuela fairly comfortably, but ended up going down to a surprise 1-0 loss. Brazil and Colombia will meet on Wednesday night at the Estadio Monumental David Arellano in Santiago.

After the opening game loss, many of the Colombians admitted that they were frustrated by the defensive style put on offer by Venezuela. The sense is that they will be able to play their natural attacking style against a Brazilian team that likes to play the same way. They understand the task at hand, though, as they have only managed two wins against Brazil in their last 27 meetings, with 17 of those games ending in defeat. Colombia did enter the Copa America in a pretty rich vein of form, though, and still appeared to be riding high after putting on a pretty memorable performance at the World Cup. Their inability to break down Venezuela came as a bit of a surprise, as the goals had been flowing in the games leading up to the tournament. Radamel Falcao saw a 3-game goal scoring streak come to an end in the Group C opener. 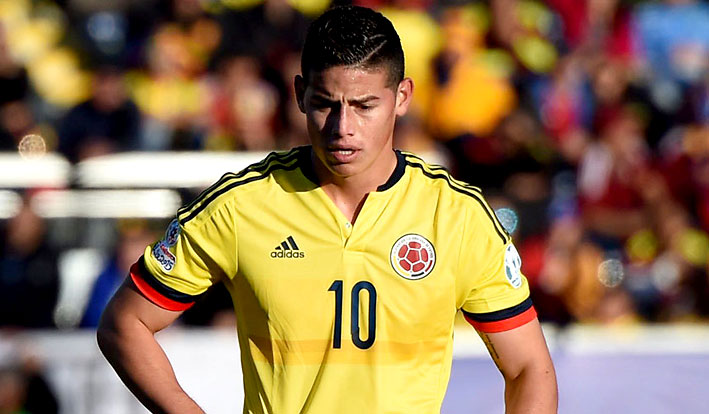 While Brazil may have come away with the win in their opener against Peru, they did little to impress. Neymar was the lone start of the game for the Brazilians, but he really didn’t get much in the way of help from his supporting cast. It actually looked as though Peru were going to pull out a surprise tie before Douglas Costa scored the winner in the dying seconds of the game. Brazil were already coming into the tournament with something to prove after their performance at last year’s World Cup, and they will have done little to convince their doubters after the Peru game. These two teams met twice in 2014, and it was Brazil who came out on top both times, with each of the wins being by a single goal.

This is a do or die type game for Colombia, so look for them to come out and try to score one early on. Brazil really only need a draw here, which means they are likely to sit back and try to hit the Colombians on the break. This looks like a good draw bet, but I get the feeling that Brazil might come away with a one goal win again.SourcesBBC.com (http://www.bbc.com/sport/0/football/33132901)Yahoo.com (http://sports.yahoo.com/blogs/soccer-fc-yahoo/neymar-rescues-brazil-from-fate-of-other-giants-in-copa-america-opener-235302898.html)
Older post
Newer post