Soccer Betting News
While everyone is getting ready for the 2015 Copa America Final on Saturday night, there is still a little bit of soccer betting business to take care of before that game kicks off. Peru and Paraguay will play on Friday night in the 3rd place game, which is actually something of a surprise. Neither of those teams were given much of a chance coming into the tournament, but their performances have certainly merited a spot in this game.

We preview the third-place play-off between #PER and #PAR in the penultimate #Chile2015 game http://t.co/X2udCgecCr pic.twitter.com/hffsiRKtXU

Paraguay are most certainly the underdogs in this one for a couple of different reasons. They are going to have to find a way to pick up the pieces after getting hammered 6-1 by Argentina in the semi-final. As if that weren’t bad enough, they are going to have to play this game without their two best attackers, Roque Santa Cruz and Derlis Gonzalez. Both players were in the line-up for the Argentina game, but injuries forced them out at a point when the game was already starting to slip away. Paraguay have a few other injury concerns to worry about, and may well be forced to field a line-up that features a number of secondary players. All signs point towards another long night for this team, but they have managed to spring a few surprises throughout this tournament.Peru are well aware that they are the favorites to notch the 3rd place finish, but they are also acutely aware of how well Paraguay has played up to this point. They will feel a little aggrieved to be playing in this game as opposed to the final, as they gave hosts Chile a real run for their money before eventually falling 2-1 in the semi-final. They will be without Carlos Zambrano for this game, as he will be serving an automatic suspension received after getting a red card in the Chile game. Jefferson Farfan is another question mark. The Schalke forward is battling an ankle injury that forced him out of training during the week. His inclusion in the line-up is likely to be a game time decision. If Peru do manage to win this one, it will be their second straight third place finish in the Copa America. 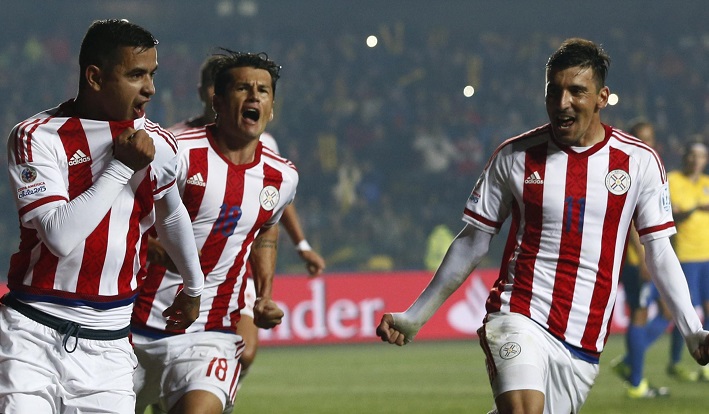 PERU(4-4-2 formation): Gallese; Ascues, Vargas, Ramos, Advincula; Ballón, Lobatón, Carrillo, Cueva; Guerrero, FarfánPARAGUAY(4-4-2 formation): Villar; Aguilar, B. Valdez, da Silva, Piris; González, Cáceres, Ortiz, Benítez; Valdez, BarriosParaguay were always going to be in tough in this game, but the injuries have turned their quest for third into something of a Mission Impossible. They will fight hard, but Peru will just be a little too much for them in the end. I like Peru to win this one 3-1.Sources:FIFA.com (http://www.fifa.com/worldfootball/statisticsandrecords/players/player=4039/)Wikipedia.org (https://en.wikipedia.org/wiki/Jefferson_Farf%C3%A1n)
Older post
Newer post