Soccer Betting News
When the Copa America draw was made, Group C soccer odds looked like a slam dunk for Colombia and Brazil. After the first round of group games, though, it’s fair to say that things have not gone exactly as planned. Brazil needed a late goal to knock off Peru, and Venezuela stunned Colombia with a 1-0 win. Venezuela now has a chance to advance to the next round if they can take out Peru on Thursday night.

Date: Thursday, June 18th, 2015Time: 7.30 p.m. ETVenue: Estadio Elías Figueroa, ValparaísoOpening Line: Peru PK-130.You have to credit Venezuela for seizing their opportunity against a Colombian side that was in a rich vein of form coming into the tournament. They had their hands full trying to handle James Rodriguez and Radamel Falcao, but they did an excellent job of keeping both men under control. Even when Jose Salomon put Venezuela ahead, you got the sense that it was only a matter of time before the Colombians pulled out a goal or two. That did not happen, though, and now Venezuela can punch their ticket into the next round with a win over Peru. A draw might even be enough for them, especially if Brazil can take care of Colombia in the other group game. Their style of play is not likely to win them a ton of fans, but they won’t care as long as they keep getting positive results.Previous match-ups between Peru and Brazil had always been tight, low-scoring affairs, but there were a lot of people who were still surprised that Brazil only managed a 2-1 win. Cueva opened the scoring for Peru in their first game, but they were eventually undone by the brilliance of Neymar. He tied things up and then took over the game in something of a one-man show. Peru looked as though they might be able to hold on for a draw, but Douglas Costa popped up with the winner in the dying seconds. It was a brave effort from Peru, and they have to be taking some confidence from their efforts into the all-important game against Venezuela. 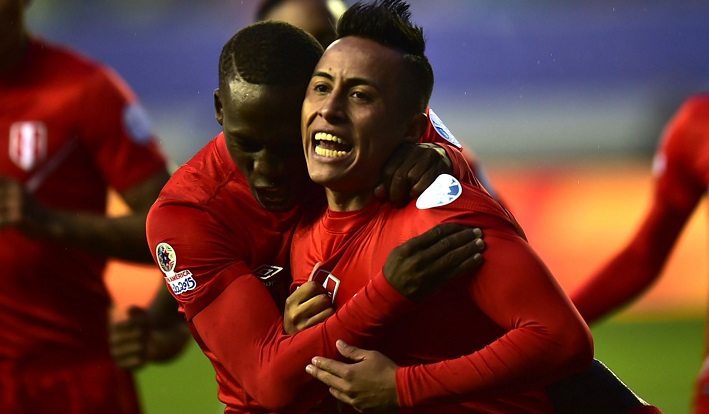 Peru and Venezuela play a very similar style of game that might well lead to something of a dull affair. That said, though, the high stakes might open up the game somewhat, and that could add up to some goals. Venezuela strike me as the slightly better team, and while a draw might be the best bet, I have a feeling they might edge this with a 2-1 win.Sources:SoccerBase.com (http://www.soccerbase.com/players/player.sd?player_id=54084)Wikipedia.org (https://en.wikipedia.org/wiki/Douglas_Costa)
Older post
Newer post