Soccer Betting News
If you’re following FIFA and soccer betting these days, you know that there is a major battle against corruption inside the organization that could take years to resolve as criminal prosecution is just getting underway in the United States regarding decades of bribery and graft.However, FIFA had other legal problems before the Swiss authorities showed up at a FIFA meeting and started arresting luminaries and processing them for extradition to the United States. Many of the leading women’s soccer players in the world had filed a gender discrimination lawsuit against FIFA because of the use of turf in stadiums in the upcoming Women’s World Cup, to be played in Canada.Thanks to stalling tactics by FIFA, though, the players have withdrawn their lawsuit, agreeing instead to take part in the tournament. As U.S. striker Sydney Leroux puts it, “When it comes to a World Cup, there is no adjusting your game. There are no regrets.” The game involves making slide tackles, a tactic that could lead to cuts and burns on artificial turf – but not nearly as much on grass.  The women’s coalition filed their lawsuit in the summer of 2014, claiming that the use of artificial turf discriminated against women and broke gender discrimination laws in Canada, which was hosting the Women’s World Cup in 2015. Their legal argument was based on the fact that men would never have to play in a tournament that takes place on a surface other than natural grass. When the United States hosted the World Cup in 1994, some venues such as the Silverdome in Detroit featured the first indoor games in World Cup history – but those venues had natural grass indoors. FIFA would not want the men’s games played on a surface that would be damaging to ankles, knees or joints – or would leave players a bloody mess after a slide tackle.As is the case with just about any dispute that involves FIFA, the organization responded not with meaningful change (or even acknowledgment of the issues) but instead with delays to the court process. After the Women’s World Cup takes place this summer, the lawsuit will be moot – because the event will have taken place. This is why the coalition decided to pull the lawsuit out of court.In a somewhat ironic step, FIFA recently announced that it was starting a new campaign to highlight the importance of gender equality and of women’s soccer. The name for this campaign is “No Barriers” and its purpose is to inspire girls all over the world that no barriers should exist for anyone who has the ability to compete in soccer. Of course, as women hop up from slide tackles oozing blood from the burns they’ve just opened up, just before the games go into commercial breaks that feature those spots, the silliness of such a campaign against the backdrop of such an obvious decrease in quality in terms of the facilities that the women’s sides have to use will be clear for everyone to see. 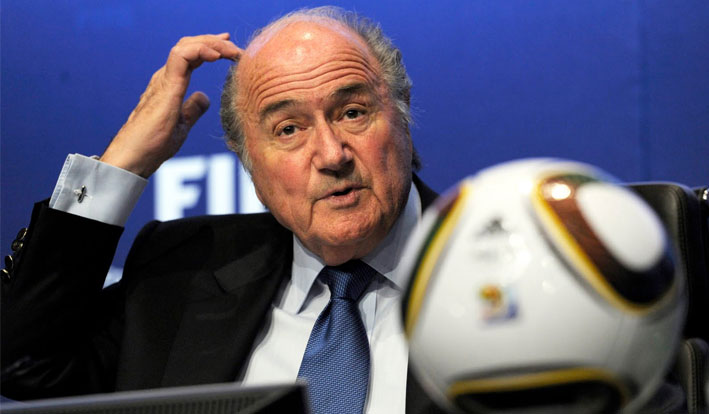 The next year or two should be interesting in terms of watching the way that FIFA does its business. The outcomes from the corruption prosecution could result in major changes in the organization; the European soccer association UEFA has thrown its allegiance behind the challenger to Sepp Blatter in the upcoming FIFA presidential election, an unusually public sign of dissent. Taken with the corruption inquiry, the fight that the top women’s soccer players have opened up against soccer’s governing body could bring about real changes that make soccer a more transparent sport and less of a joke when it comes to maintaining a reputation for integrity.Sources:FoxSports.comhttp://www.foxsports.com/soccer/fifa-womens-world-cupFIFA.com: http://www.fifa.com/womens-football/news/y=2015/m=5/news=fifa-launches-no-barriers-women-s-football-tv-spot-2608716.html
Older post
Newer post