Soccer Betting News
Starting this Tuesday night, the US national soccer team will kick-start its quest to defend the Gold Cup title it captured in 2013, playing against an underrated, but very lethal Honduras team. The USA vs. Honduras game will just be one of the best matches to look forward to in the soccer betting lines and odds of the 2015 Gold Cup group games. Here is a look at all the best first round matches in the 2015 CONCACAF Gold Cup:

Coming off a 4-0 rout over Guatemala, USA is looking to be in a hellish attacking form, which will make things very difficult for Honduras. Even so, Honduras also has a good number of attacking options, including Anthony Lozano, a 22-year-old forward who has scored 27 goals in 62 games for Olimpia. Moreover, Honduras boasts of a solid defense that his has conceded just three goals its last five games, including a 0-0 draw against Mexico last Wednesday. In the end though, USA should be able to escape with a hard-earned 1-0 or 2-1 win over Honduras, with the likes of Clint Dempsey, Jozy Altidore and Timmy Chandler featuring strongly.

Despite not scoring a goal in their recent Copa America appearance, the Reggae Boyz showed that they have the potential to stick it out against the best, which could prove somewhat troublesome for Costa Rica, who will be playing in the tournament without their star goalkeeper Keylor Navas. Even so, it would be hard to bet against the fearsome Costa Rican attacking trident of Bryan Ruiz, Joel Campbell and Alvaro Saborio, so a convincing win by the Los Ticos (at least 2-0) should be in the offing here.

T & T and Guatemala are the likely top contenders for the No. 2 spot in Group C, with the group top-spot most likely going to Mexico. The Trinidad and Tobago vs. Guatemala matchup will probably not make up for a spectacular free-flowing football type of game, but it should be a worth-watching dogfight as both teams push each other to the very extreme. Trinidad will possess more of the ball and maybe even eke out a win, though as per our predictions, a draw result looks most probable here.

Though relatively unknown, the El Salvador has the pieces enough to become the surprise team in their division. El Salvador team has a young backline and a rather inexperienced offense, but the midfield has some very good players, who could help them control the pace of the game and keep the Ticos from walloping their presence in the game. In the end, Costa Rica should win this game, but the El Salvador will get tons of respect for giving a spirited fight and holding their own in this game. 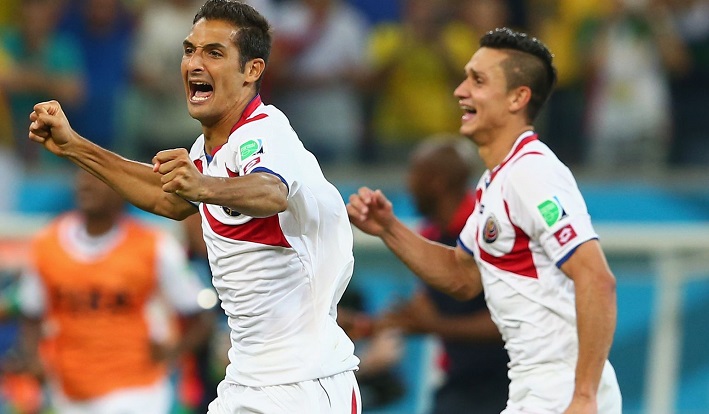 Despite the fact that Canada will be sharing the host duties in the tournament with USA, the Canadian team lacks competitive edge, so it doesn’t look like they will have much to offer in this game. Even so, playing in familiar environments with a lot of support could work to their favor, helping them give a strong performance. Obviously, Costa Rica will be the favorite to win this game, and rightfully so, but I’ll go with Canada doing enough to snatch a point from this game.

Like the USA vs. Honduras game, this matchup between Mexico and T & T has the hallmarks of becoming the best game of the first round. Both teams boast of free-flowing attacks, meaning the team that wins the midfield battle will be coming out with the win. With Kenwyne Jones on one end and former Arsenal forward Carlos Vela on the other, the defensive units in both teams will be having their hands full. Honestly speaking, the Mexicans are more talented and experienced than Trinidad and Tobago. Nonetheless, I believe that, since this will be the last game of the group stage matches, Mexico will probably have their spot in the next round already booked. Meanwhile, Trinidad and Tobago will still be fighting for its life, giving them the impetus to play strongly and record a tight win over the relaxed Mexicans, which will earn T & T a spot in the quarterfinals.Sources:Wikipedia.org (https://en.wikipedia.org/wiki/Bryan_Ruiz)Goal.com (http://www.goal.com/en/people/mexico/11932/carlos-vela)
Older post
Newer post