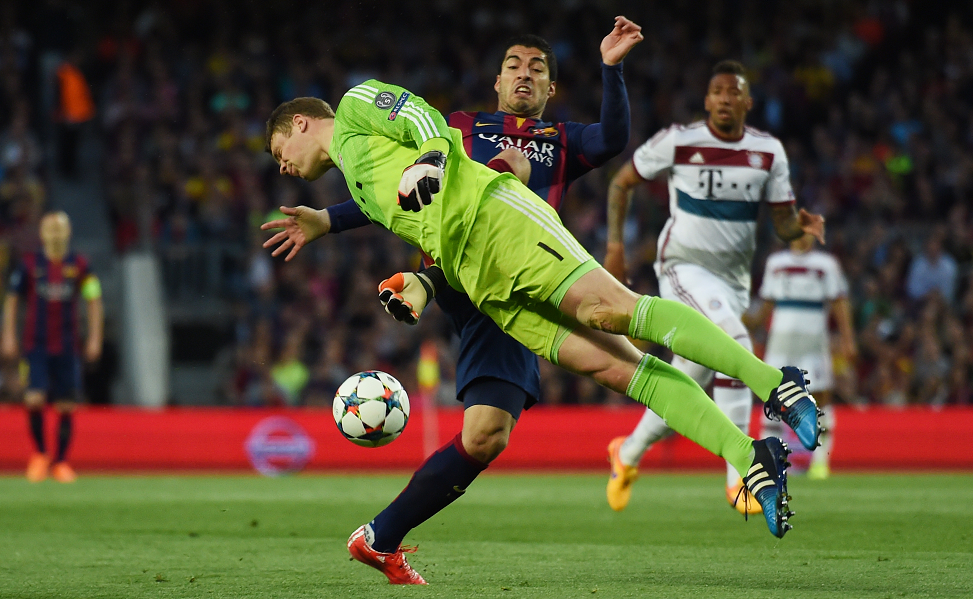 Soccer Betting News
If you been following the Soccer Odds and kept an eye on last week’s results, then you probably know that Bayern Munich needs the performance of their lives against FC Barcelona on Tuesday if it is to claim a spot in the Champions League Finals. To do so, Bayern must put behind their recent domestic woes and overcome a 3-0 deficit suffered against the Catalans during the first leg. Meanwhile, Luis Enrique’s boys simply look to follow their outstanding first leg performance against the Bundesliga giants with another good game in order to advance to this year’s finals. Which of these two Europe elite clubs will emerge victorious in the Champions League odds and book a trip to the finals of this tournament?VENUE: Allianz Arena, Munich, GermanyDATE: Tuesday, 12May 2015TIME: 2:45 PM Eastern TimeTV: FOX Sports, Sky Sport 1(Germany)ODDS: Barcelona PK, Bayern Munich PKGame Total: 3

Despite winning the Bundesliga trophy a few weeks ago, Bayern comes into this game with no momentum after suffering a 1-0 home loss to FC Augsburg on Saturday, their fourth straight loss in their last four games.Moreover, even though the Bavarians boast of a formidable record against Barcelona, losing only one of their eight previous meetings with the Catalans, Pep Guardiola (former Barcelona coach) and his Bayern team are likely to find a way of scoring 3 unanswered goals against a Barca team that has kept 7 straight clean sheets in its last 7 game, while scoring a whopping 25 goals in the process. 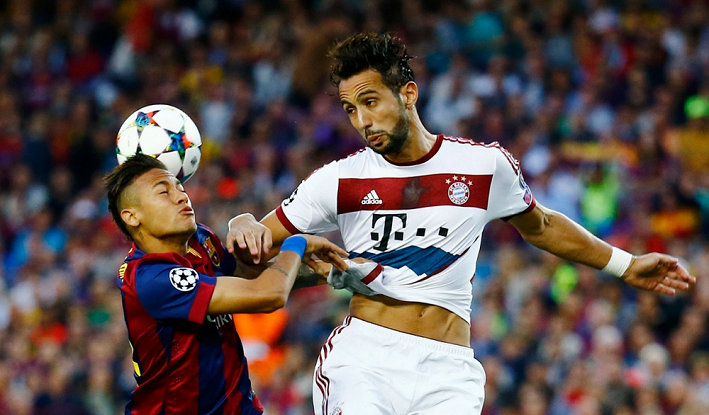 Even so, in 2013, the Bavarians humiliated the Catalan giants in semis recording a remarkable 7-0 aggregate to set up a Champions League final with their Bundesliga rivals Dortmund. More notably, the Bavarians lead this season’s Champions League scoring charts with 30 goals in 11 games. Additionally, Bayern Munich is the only team ever to have scored 6-or-more goals in 3 Champions League games this season, including a 7-0 win over Shakhtar Donetsk, a 7-1 win over Roma and 6-1 win over Porto recently. The Bavarians therefore have enough talent to match and contain Barca, even if the task looks mountains and barely unachievable.Conversely, with four points clear at the top of La Liga and coming off a 2-0 triumph over Real Sociedad on Saturday, Luis Enrique’s boys are enjoying an amazing spell, having won 26 of their last 28 games in all competition this season. 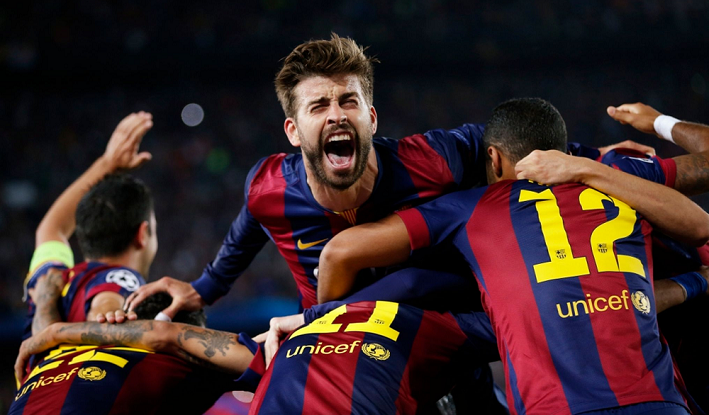 In the Champions League, the Catalans are similarly looking unstoppable, having won eight straight games for the first time since 2002/03, while scoring an average of 2.5 goals per game along the way.With both their offense and defense looking splendid now, it goes without saying that Barcelona will be a tough nut to crack and the team is most likely to progress to the Finals, at the expense of Bayern. This should particularly be possible since any form of win for Luis Enrique’s boys will see them through to the Champions League final for the first time since 2011, when they defeated Manchester United 3-1 to win their fourth Champions League trophy. Nonetheless, Bayern are known to play very well at home, no wander most of their blowout wins this season have come at home. Barca must therefore be careful and avoid any complacency, or else they could find shamefully themselves out of the competition, probably in the same way Porto did in the quarterfinals of the CL. 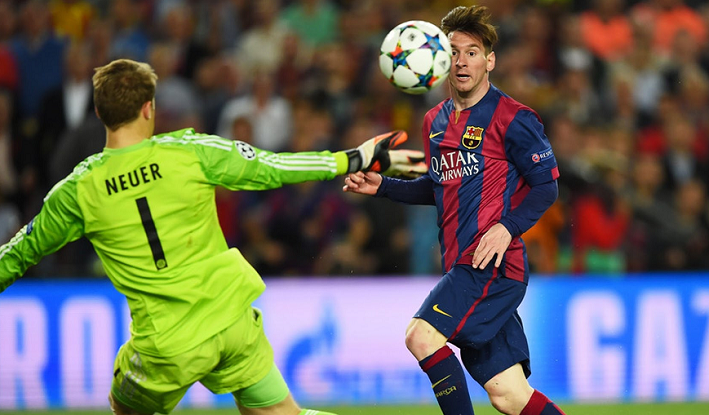 This will be one of the most attractive matchup in Europe’s soccer history. Despite FC Barcelona’s sensational form in recent games, the Bavarians sparkling Champions League record at Allianz Arena this season could motivate them to victory on Tuesday. Still, I believe that, even though Bayern is likely to claim a 2-1 or 3-2 win over Barcelona with an OVER in the game total, hence should be your soccer pick on those two aspects; the Catalans should be your pick for the team to make it to the finals, as they are most probable to do so through a superior aggregate.
Older post
Newer post