Soccer Betting News
After doing the unexpected in the Semifinals of the Champions League against Real Madrid, Juventus FC will be looking to similarly down another Spanish Giant, Barcelona FC, in the Finals on June 6th, slated to take place in Berlin’s Olympiastadion. This will be the first time Juventus will be playing in the final in over a decade. Meanwhile, Barcelona thumped Bayern Munich at home in Leg 1 of the Semis, and then followed it with another spirited performance in the second leg to beat the Pep Guardiola’s team on a 5-3 aggregate, giving the Catalans a chance to reclaim the Champions League title for the first time since 2011. With both teams looking to win the UEFA title, which is Europe most prestigious soccer trophy, which of the two teams will have the honors of winning this enthralling showdown? Read on to find out in the soccer odds preview below, complete with expertly analyzed free UEFA Champions League final picks.

#JuveNews Barcelona talent will be too much for Juventus – Stoichkov http://t.co/C2iPLRMgsK

Having already bagged the La Liga title through a 1-0 win over Atletico Madrid on May 17th, Barcelona is looking well-poised for a treble, with the Champions League title being on top of their priority list. For the most part of the season, Barcelona’s capacity to take down its opponents has been heavily reliant on their tic-tac-toe offense, led by the world’s best attacking trio of Neymar Jr., Lionel Messi and Luis Suarez, who boast of a lot of football intelligence and talent that makes them extremely lethal. A good case in point is the manner in which Messi single-handedly took down Bayern Munich at the Nou Camp with two magnificent goals for a 3-0 win, and then Neymar and Suarez combined expertly to score two away goals at the Allianz Arena, which proved invaluable, as it ensured that the three goals scored by Bayern Munich at home didn’t matter much. 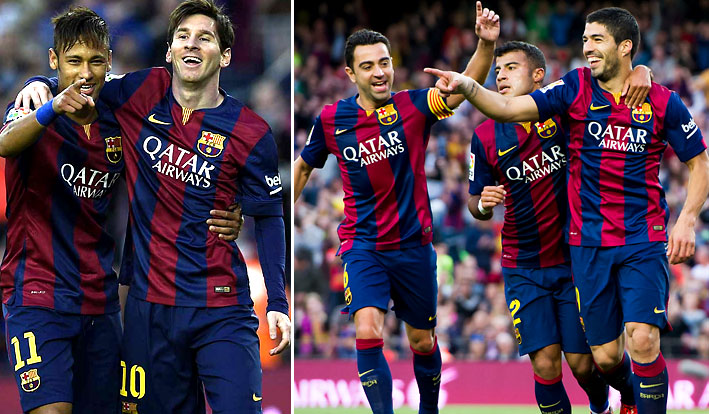 Even more scaring about the Catalans, their defense (which struggled in the past) has improved greatly, conceding only 19 goals in the Spanish League (the lowest in the League, with Atletico following at second with 28). In addition, in the Champions League, Barca only conceded a total of five goals in the six games en route to the finals. Taking into account that 3 of those conceded goals came against Bayern in the second leg, it goes without saying that Juventus’ offense will have to work extra hard to find a way past Barca.

Like Barcelona, Juventus also comes into the final with the Italian League title already in the bag. More importantly, Juventus was considered as a big underdog in the UEFA Semifinals against Real Madrid, but using their mean defense and potent counter-attacking skills, the Old Lady eked out a crucial 2-1 win over the Los Blancos in the first leg, and then used the same tactics to force a crucial 1-1 draw at the Bernabeu. Taking into account Real Madrid are the joint top-scoring team in La Liga with Barcelona (having scored 107 goals each), yet Juventus was able to allow just two goals in the two legs against the Madristas (including one goal, a penalty, on 23 attempts at the Bernabeu), Barca must be forewarned. Plus, having limited the feared attacking combo of Cristiano Ronaldo, Gareth Bale, James Rodriguez and Javier Hernandez, keeping Messi and Co. should be logically possible. After all, Juve allowed only 7 goals in the Champions league this season, and have kept a whopping 81 clean sheets with just 81 goals allowed in 149 league matches over the past 4 seasons, so using their incredibly stout defense at the finals shouldn’t be something new for them. 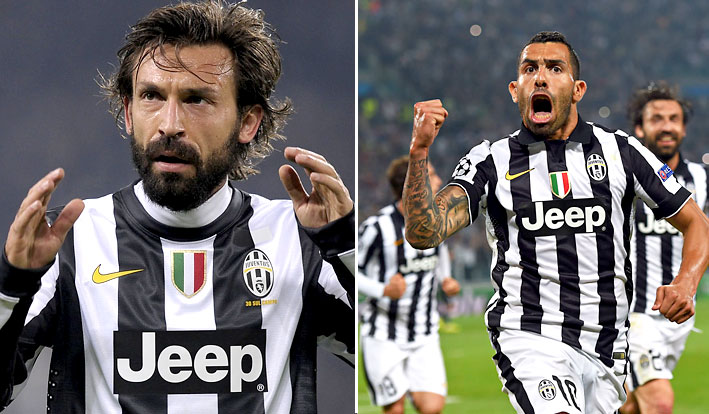 Offensively, Juve aren’t what you’d typically categorize under solid or lethal attacking teams. But make no mistake, when Carlos Tevez (Serie A’s leading scorer), former Real Madrid forward Alvaro Morata, and midfielders Arturo Vidal, Paul Pogba, Andrea Pirlo and Claudio Marchisio get in the groove, then the Old Lady can just be as dangerous as any elite offensive team. Their unbridled offensive strength in counter-attacks and set-pieces can particularly be crippling even to the strongest of defenses. Any lapses in concentration by the favored Barcelona could thus easily lead to an upset victory by Juventus.

Juventus will keep Barca tamed for the majority of the game, but the superior talent of the Catalans will eventually pave the way for a fifth Champions League title for Barcelona in a low-scoring encounter. Final Score: Barcelona 2, Juventus 1.   Sources ESPNfc.com (http://www.espnfc.com/player/125088/luis-suárez) Wikipedia.org (http://en.wikipedia.org/wiki/Carlos_Tevez)
Older post
Newer post