Soccer Betting News
For many soccer betting fans across the world, the 3-2 aggregate win by Juventus over Real Madrid in the semis was something largely unexpected. For Juventus fans, however, their team has been dominating most of their opponents, both domestically and internationally, so overcoming the odds and booking a place in the 2014/2015 UEFA Champions League finals was expected and predicted. Up next for Juve is a test against Barcelona.Undeniably, a Barcelona—Madrid final could have probably come with more fireworks, as is often experienced in the El Classico. Even so, the Old Lady equally has all the abilities to give an entertaining contest against Barcelona, considering the contrasting defense-oriented Juve style of play and the attacking-minded Barca, which sets up a potentially dramatic Champions League Finals game. Bearing that in mind, let’s preview the Barcelona-Juventus clash, mostly focusing on the Bianconeri’s chances to win this year’s Champions League title.Venue: Olympiastadion, BerlinDate: Saturday, June 6, 2015Time: 2:45 PM ETTV: FOX Sports

Preliminarily, the Old Lady made it to the finals through hard work by overcoming some of the Europe’s elite clubs along their way to reach the finals, including victories over Real Madrid, Monaco, Borussia Dortmund and Atletico Madrid.In addition, the Serie A Champions boast of a rock-solid defense, allowing just 81 goals in 149 league games in the Italian League over the past four years. Moreover, throughout the 2014/2015 Champions League campaign, the Old Lady’s defense has conceded just seven goals. This defensive brilliance was clearly showcased in the semifinals, where they held Real Madrid’s versatile attack to just two goals over the two legs.Juve will however have their work cut out for them, as they will be facing the near-telepathic Catalan attacking trinity of Messi, Neymar and Suarez, who have amazingly combined for 114 goals for FC Barcelona this year. A very resolute performance, probably the very best this season, will thus be required from Juventus. 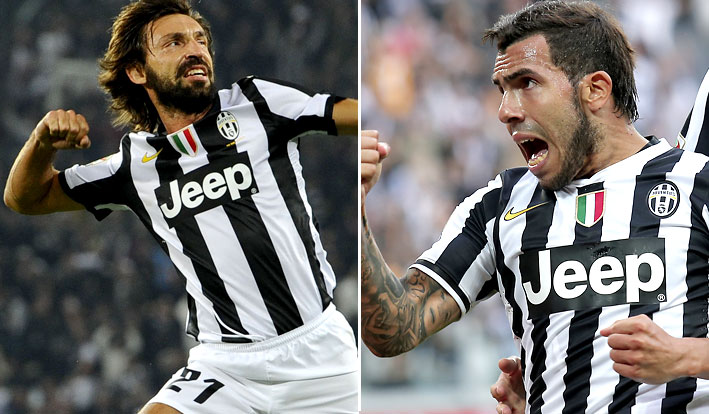 Fortunately, Juventus Massimiliano Allegri has an experienced midfield trio of Claudio Marchisio, Paul Pogba and Arturo Vidal, who can double up as defenders and attackers, thus helping to limit the Catalans from dominating in possession, which often lead to goal-scoring opportunities.Additionally, Juventus enjoys the instrumental skills of the ageless Andrea Pirlo, who is superb in creating scoring chances, especially on the counter-attack. The counter-attacking mechanisms will particularly be important because, although Barca has excellent attacking players in their offense, they often over-commit on the offensive end leaving them vulnerable to opponents’ counter attacks. This was very evident in their recent 3-2 loss against Bayern Munich during the second leg of their Champions League semis. If Juventus can use their mean defense to keep Barca at bay, and then launch timely counter-attacks, Juve forwards like Carlos Tevez (seven champions league goals) and Alvaro Morata (scored two goals in the two legs against Real Madrid and has 4 goals in the competition) could punish Barcelona similarly.

• Champions League Stats this Season: P12,W7,D3,L2, GF16, DA7, GD+9• Recent Form (All Competitions): WWDDW• The Old Lady are 4-2-2 against Barcelona in their head-to-head meetings. Both have progressed twice in the 4 KO ties they have played against each other.

Tough as it will be to contain Barcelona’s robust attacking unit, Juventus brags of having a fine-tuned counter attacking strategy and solid defense that cause fits to any team. Added to the fact that Juventus has a bevy of experienced midfielders at its disposal, it wouldn’t be a surprise if the Bianconeri posted another hard-grinding game to escape with a 1-0 or 2-1 win over Barcelona, just in the same way they throttled Real Madrid’s attack to escape with a surprise win. SourcesFoxSports.com (http://www.foxsports.com/foxsoccer/seriea)Wikipedia.org (http://en.wikipedia.org/wiki/Andrea_Pirlo)
Older post
Newer post