Tennis Betting News
John McEnroe isn’t the first over-the-hill men’s tennis champion to irritate a women’s champ by saying he could still beat her. When Bobby Riggs angered Billie Jean King more than 40 years ago, the two played before a crowd of more than 30,000 at the Astrodome in Houston to watch King kick Riggs all over the court as Tennis betting fans might recall.

John McEnroe thinks, at 56, he can beat @serenawilliams. John McEnroe is also feeling himself. http://t.co/9Y5DSWC7Xd pic.twitter.com/6N9SZyetpp

The more things change, though, the more they stay the same. In a 2008 interview with Men’s Journal, the interviewer asked McEnroe where Serena Williams would rank if she were on the men’s side and played a complete season. McEnroe answered, “I’d say she’d be around 500th in the world.” He went on to say that he did not think that she would get out of the third round at a men’s grand slam bracket. 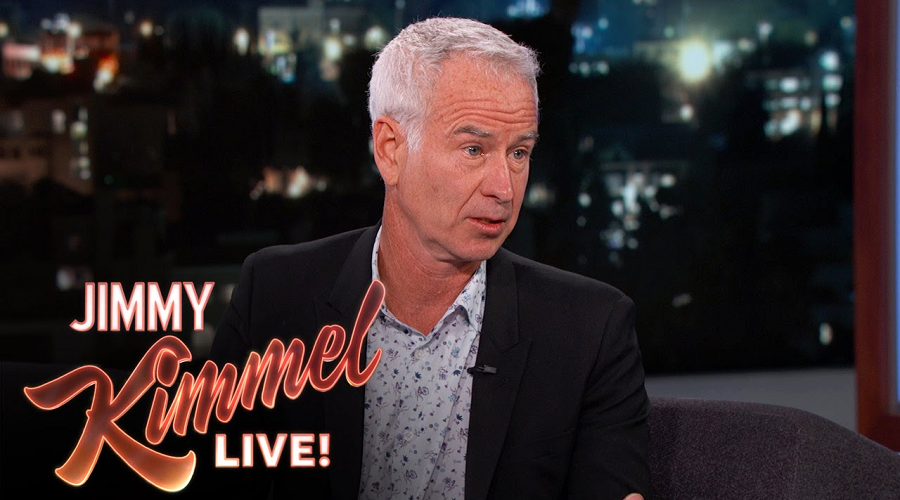 That didn’t push McEnroe into sexist territory, but when he said a couple years later that women should not participate in as many events as men do and that women shouldn’t be pushed to compete more than they are capable of doing, that pushed things a bit. A recent appearance on Jimmy Kimmel Live, though, has pushed things even further. Kimmel asked McEnroe what would happen if he played Serena Williams. McEnroe responded, “I believe that I could still take her.” 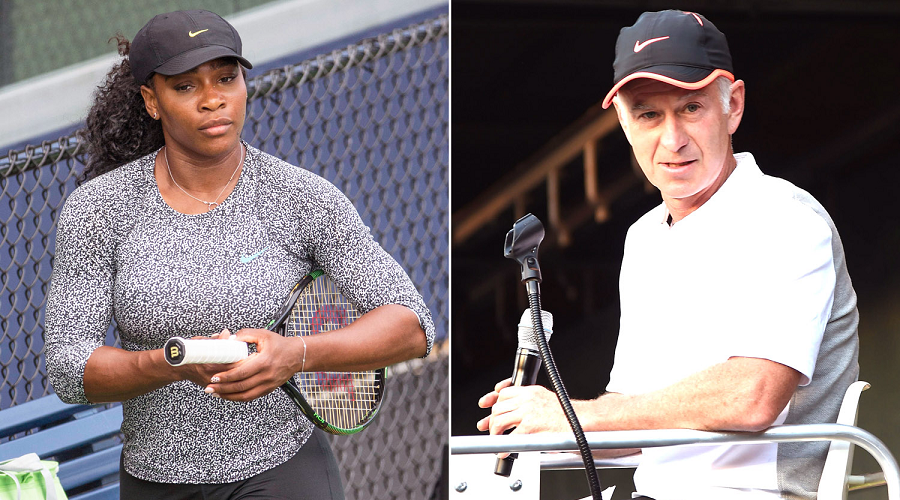 The joke may be on McEnroe, who is 56. Williams is 33. McEnroe himself has described Williams as the best female athlete of all time. Williams is obviously much better at tennis than Margaret Court was (she was the first woman to take on Bobby Riggs and lost 6-2, 6-1 in what was later called the “Mother’s Day Massacre), and King, who beat Riggs 6-4, 6-3, 6-3. Riggs was 55 back then. 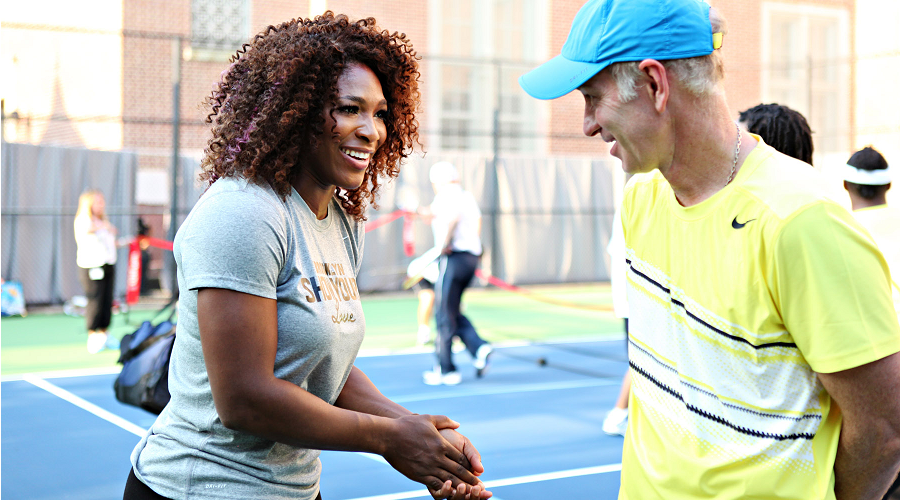 But who wouldn’t want to watch Williams and McEnroe square off? In addition to the crowd that packed into the Astrodome to watch Riggs and King, 100 million more tuned in to watch the match on TV. There have never been television audiences anywhere close to that size before or since. But how many people would turn on the television to watch McEnroe and Williams? 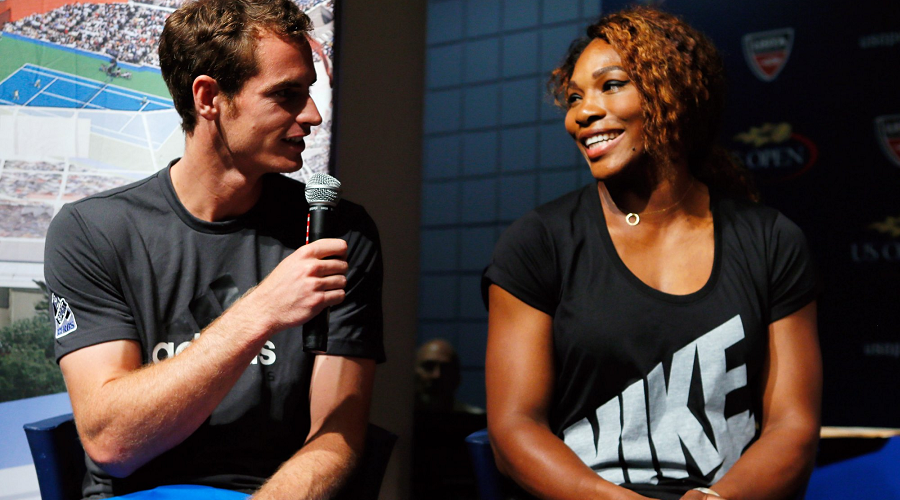 Back in 2013, Andy Murray said that he would play Serena Williams. Williams demurred, saying that she didn’t think that she would win a single point. However, what about McEnroe? He’s much older. McEnroe has said that he would take part if the payday were large enough. One wonders what Serena thinks about all of this – after all, she has yet to comment on this donnybrook. 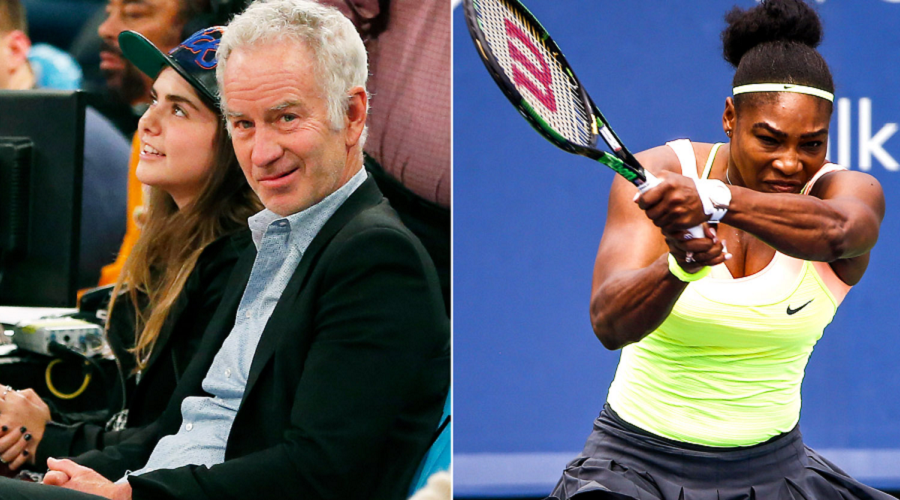 If you think about it, this would be interesting to pair with some other events in which men have been getting a little bit mouthy. You could roll an octagon on top of the tennis court after the McEnroe-Williams tilt to get Ronda Rousey and Floyd Mayweather in a no-rules fight. Then you could stage a debate between Hillary Clinton and Donald Trump. I wonder how the men would fare in each of those events. Can you imagine how big the television audiences would be, though?
Sources:
http://www.theguardian.com/sport/2015/aug/21/john-mcenroe-says-he-could-beat-serena-williams
NDTV.com: http://sports.ndtv.com/tennis/news/247653-serena-williams-greatest-women-s-tennis-player-john-mcenroe
Older post
Newer post