Tennis Betting News
We are now into week 2 of action at Wimbledon, and Monday features a ton of action in the round of 16. As I write, there are still several games going on, but there have been a few games completed on the men’s side. We prepared a tennis betting preview so we can take a look at how this round is shaping up, and how the quarter finals might look in the next day or two.Andy Murray (#3) is the one who the majority of the crowd are pulling for at Wimbledon. He made some magic a couple of years back when he won the title in front of his home crowd, and he has been rolling along quite nicely through the first three rounds. It looks as though he is on the way to beating Ivo Karlovic (#23) in the round of 16, which would mean a match with Canadian VasekPopisil, who has been one of the surprises of the tournament. This should mean another win, and a semi-final berth for Murray.Richard Gasquet (#21) has already booked his place in the quarter final, and it looks as though he will be facing Stan Wawrinka (#4) who has a 2-set lead at the time of writing. You have to like Wawrinka in that one, if that indeed ends up being the match-up.Top-seeded Novak Djokovic will be in action later on Monday, and you would expect him to be able to take care of Kevin Anderson (#14) quite handily. That would most likely mean a quarter final match against Marin Cilic (#9), but as I write, the Croatian is getting all he can handle against American Denis Kudla. Their match is tied at one set all right now. I would still expect Cilic to get through this one, but his run will likely end when he meets Djokovic. 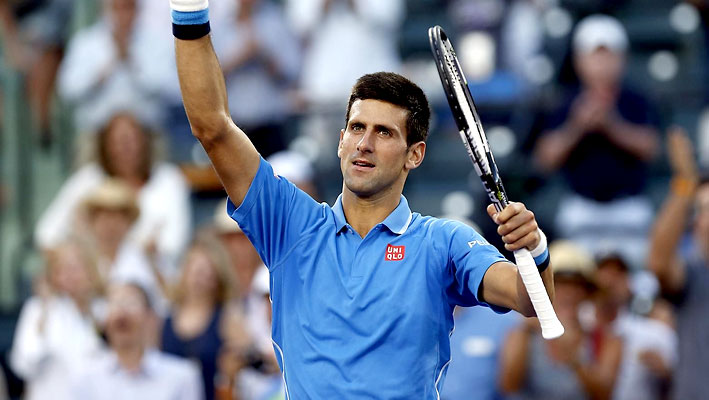 Roger Federer (#2) is still alive and well in the bottom half of the draw, and he will face Spaniard Roberto Bautista Agut in the round of 16. This should be a comfortbale win for Federer, who will then go on to meet the winner of the Berdych (#6) Simon (#12) match. Whoever he meets in the quarter finals, assuming he gets there, it will certainly be his toughest match of the tournament so far.

I had this year’s men’s tournament pegged as an Andy Murray/Novak Djokovic match-up, and I have yet to see anything that will make me change my mind. I’m still sticking with the Scotsman to nab his second Wimbledon crown.SourcesWikipedia.org (https://en.wikipedia.org/wiki/Ivo_Karlovi%C4%87)ESPN.com (http://espn.go.com/tennis/player/_/id/425/roger-federer)
Older post
Newer post