Tennis Betting News
Much of Sunday’s online betting action at the French Open was spent indoors, as the heavens opened and the rains poured down over play in the fourth round, keeping some of the biggest matches from happening at all. While the storms caused the organizers to preemptively cancel matchups ahead of time, the most momentous of the day, involving Gael Monfils and Roger Federer, only went for two hours before they both agreed that there was not enough light to continue. They suspended their match at 6-3, 4-6 (Federer).This meant that the biggest result that came through on Sunday featured the upset of #4-seed Tomas Berdych at the hands of #14 Jo-Wilfriend Tsonga, a native Frenchman who took the match in four sets. From the beginning of the match, Tsonga appeared to be the more focused of the two. In the first two sets, Berdych only won four total games. It looked like Tsonga was ready to cruise to a victory in straight sets, but Berdych was able to break Tsonga’s serve when playing for the set, and he dug himself out of a 0-3 canyon to prevail in the tiebreaker in the third set.Berdych then roared out to a 3-1 lead in the fourth set, making a fifth set seem quite likely. However, Tsonga then turned the tide again, running off five games in a row to claim the win. Even though Tsonga looked as though he might have coughed up the end of the third set, Berdych was even less able to complete a finish of his own by folding at the end of the fourth set. Tsonga then moved up to #3 among all-time victories for Frenchmen in Grand Slam events. Tsonga had missed much of 2015 so far because of nagging injuries, but he appears to be at a peak now. Tsonga’s next opponent is #5 seed Kei Nishikori in the quarterfinals. Nishikori has not even lost a set at the Open this year; he defeated unseeded TeymurazGabashvili 6-3, 6-4 and 6-2 to breeze to the quarterfinals. Tsonga will present a challenge because of a crowd that is likely to be raucous on his side – as well as an increasing sense of confidence in his own change. Tsonga has a solid chance to qualify for his second semifinal at Roland Garros. 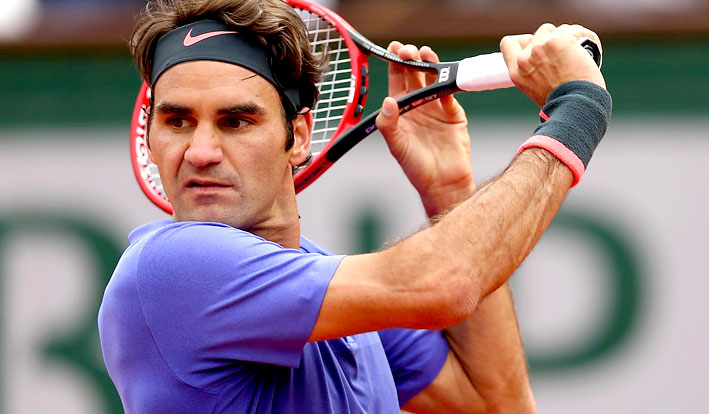 Another interesting Sunday match featured #8 seed Stan Wawrinka beating out #12 seed Gilles Simon. Observers have had a tendency to overlook Wawrinka time and time again, and Sunday he faced a streaking Frenchman who has beaten Wawrinka handily as of late. However, Wawrinka walked away the winner this time, earning some buzz on the men’s side.From the very beginning of the match, Wawrinka had control, winning in an emphatic straight-sets result to make his own spot in the quarterfinals. It only took Wawrinka 26 minutes to carry the first set 6-1. The crowd got behind Simon in the second and third sets, and he started to play a little better, but it wasn’t enough to overcome Wawrinka, who kept being aggressive. The 34 winners that Wawrinka rang up against an agile opponent and on clay made a particularly impressive statistic. The winner of the 2014 Australian Open, Wawrinka has already equalized his career best result at a French Open. However, that next step promises to be extremely difficult, as he will have the winner of Monfils and Federer to beat to get there. Federer and Monfils complete their match on Monday. As the bracket gets narrower, the pressure grows on these men to do their best to advance all the way to the final of the tournament. SourcesATworldtour.com (http://www.atpworldtour.com/Tennis/Players/Top-Players/Gilles-Simon.aspx?t=pa)Wikipedia.org (http://en.wikipedia.org/wiki/Tomáš_Berdych)
Older post
Newer post