Tennis Betting News
Sunday’s online betting action in the women’s draw at the French Open saw #7 Ana Ivanovic do away with #9 Ekaterina Makarova, although it took her three sets (7-5, 3-6, 6-1). Ivanovic, of course, won the tournament in 2008 but continues to look like a potential finalist. While Makarova roared back with a tenacious second set, Ivanovic elevated her game in the third set and shut the Russian down. The first set showed how difficult the victory was going to be to attain, and a drained Ivanovic showed some inconsistencies in the second set that Makarova was able to win fairly easily. In the third set, though, Ivanovic won 25 of the 37 available points, as well as more than 50 percent of the receiving points. Ivanovic has struggled so far in 2015, which meant that she was left out of many of the preview articles highlighting the women in the draw who were likely to make a statement here. She has long shown the potential to maintain this level of play, but even with her 2008 title, Ivanovic has had a reputation for losing her edge when the moments have the most pressure. Roland Garros has been Ivanovic’s best venue in these situations, though. She has a legitimate shot at going back to the semifinals, as her quarterfinal opponent is #19 seed Elina Svitolina. If she can get through, the semis would be hers to play. Maria Sharapova, who had held the French Open’s #2 seed, fell to #13 seed Lucie Safarova in early Monday action in the fourth round. Their match had been canceled due to the storms on Sunday. This was Sharapova’s earliest exit from the French Open since 2010. Sharapova reported that she felt her openings were small and that Safarova played far more aggressively. Safarova’s greater intensity and consistency are what led to her upset win. 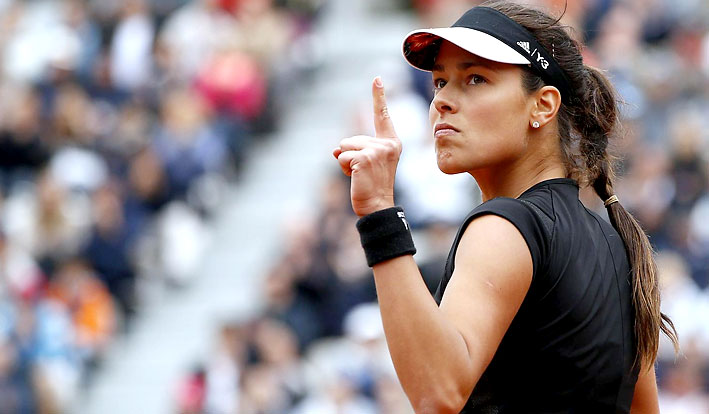 #1 seed Serena Williams almost encountered elimination herself, surviving a scare with fellow American Sloane Stephens. Stephens won the first set, 6-1, but then Williams roared back for 7-5 and 6-3 wins in the second and third sets, and Williams advances to face #17 seed Sara Errani from Italy to a spot in the semifinals of the women’s draw. Stephens already beat Venus Williams in the first round and only needed 23 minutes to win the first set against Serena. Ranked #40 in the world, Stephens broke Serena three times, and Serena’s 43 unforced errors didn’t help matters either. However, Williams was able to use the fact that she has won 19 Grand Slam tournaments – including titles at Roland Garros in 2002 and 2013 – to pull herself back into contention. This meant that Stephens, only 22, was facing someone with considerably more experience. What this means on the women’s side is that the top two seeds (Williams and Sharapova) won’t be facing off in the final of the draw. Williams may still be vulnerable as well, as she has dropped the first set three matches in a row, showing up out of sync in the opening set. However, Williams is also 10-0 in three-set matches in 2015, which shows that she has mastered the ability to fight back out of a tough corner. Of course, matches become even easier if you don’t end up in that corner in the first place. In 2015, Wiliams is now 29-1 and has a winning streak of 18 games in Grand Slam play. Even so, Williams has not come back to win three consecutive matches after dropping the first set since the 1999 U.S. Open, which was also Serena’s very first major title. This marked Stephen’s fourth straight loss in the fourth round of the French Open. Sources Wikipedia.org (http://en.wikipedia.org/wiki/Elina_Svitolina) RolandGarros.com (http://www.rolandgarros.com/en_FR/index.html)
Older post
Newer post