Tennis Betting News
I wrote last week about how I thought that Petra Kvitova would roll to a second consecutive Wimbledon title this year, but I am going to have to adjust my pick, as she was taken out by Jelena Jankovic in the 3rd round. This would seem to leave the door wide open for tennis betting favorite Serena Williams, but there is still some work to be done in week 2. The women have completed their round of 16 matches, so let’s take a look at the quarter final matches and beyond. Top-ranked Serena Williams took out her sister Venus in the 4th round, and will now face Victoria Azarenka (#23) in the quarter finals. While this may seem like a relatively easy win for Williams on paper, Azarenka has looked very good so far in this tournament. She has yet to drop a set through the first four rounds, and should deliver a solid challenge for the #1. That said, you still have to believe that Williams will come out on top. The winner of that match will face whoever comes out on top when Maria Sharapova (#4) takes on unranked Coco Vandeweghe. This is another match that could prove tricky for the favored player as Vandeweghe has shown that she has what it takes to take out the big names. She has ousted 3 ranked players – Pliskova (#11), Stosur (#22), and Safarova (#6) – on her way to the quarter finals. This is one that could deliver another upset. 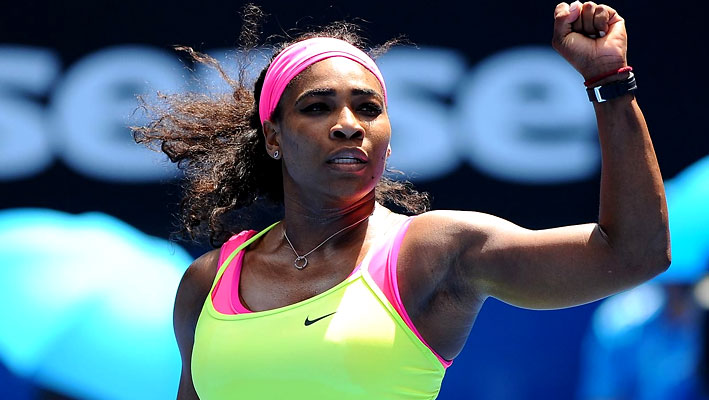 The bottom half of the draw has a pair of intriguing match-ups that feature 4 lower ranked players. Spaniard GarbineMuguruza (#20) will face TimeaBacsinzky (#15) from Switzerland. Both of these women are somewhat of a surprise, which should make this one a very interesting game to watch. The fact that the bottom half is filled with lower seeds means that there is going to be a surprise player in the final. This one looks like a bit of a coin flip, but I am going with Muguruza, as she has to be on a high after knocking off Caroline Wozniacki.

The winner of that match will face either American Madison Keys (#21) or Agnieska Radwanska (#13) of Poland. Of the two, it is less of a surprise to see Radwanska here, as she has proven in the past that she has what it takes to get to the latter stages of big tournaments. Her experience should serve her well here, and I expect her to walk away with the win and a semifinal spot. Looking at how things are right now, I would have to go with a Williams/Radwanska final, with Serena the most likely to take the crown. Sources Wikipedia.org (https://en.wikipedia.org/wiki/Maria_Sharapova) ESPN.com (http://espn.go.com/tennis/player/_/id/1556/madison-keys)
Older post
Newer post