The Rant
In light of the recent developments in the NFL draft that saw some players like DE Randy Gregory and WR Dorial Green-Beckham plummet in the eventual draft picks due to character concerns, it is becoming clear that most teams are making their player acquisitions based upon the player’s’ abilities as much as their character.Over the years, we have seen several players, administrators and other individuals linked with the NFL get into scandals that violate the written down rules in the league and affected online betting. As a matter of fact, every year, it is guaranteed that someone somewhere will be making the NFL News and Headlines for the wrong seasons, and in certain instances, the actions of such individuals end up affecting the NFL betting lines positively or negatively. Although there have been countless of such scandals, here are the ones we categorize under the most shameful scandals in the history of the NFL.

Brett Favre and His Sexting Scandal

After playing for 16 solid seasons with the Packers, QB Brett Favre retired from the NFL, only to make several comebacks, often riddled with mediocrity on the field and off-field scandals. The biggest of his scandals was probably when he signed with the Jets in 2008. Besides his poor on-field performance, Favre attracted a lot of attention that year by sending several lewd photos of himself to a Jets in-house reporter named Jenn Sterger. 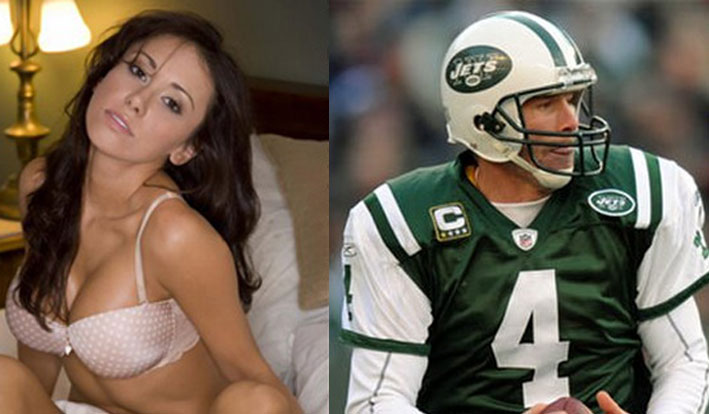 According to Sterger, she hadn’t given the quarterback her number and was surprised with Favre’s unwelcomed sexting, which she deemed “intimidating” rather than flattering. The NFL launched an investigation soon after the embarrassing pictures surfaced on the internet in 2010, and though they said they had no legal grounds to punish the QB for his actions, he was fined $50,000 for failing to cooperate with the legal team during the inquiry. 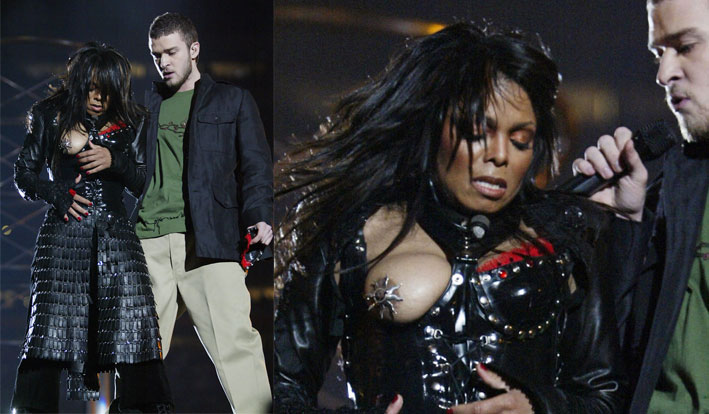 This is probably one of the most talked about scandal in the NFL, as it involved two big entertainment stars, the Super Bowl and the “fury” of millions of people across the globe. During the halftime show of Super Bowl XXXVIII, one of the most-watched NFL broadcast in the history of the sport a “wardrobe malfunction” for pop star Janet Jackson in her MTV-produced duet with Justin Timberlake bared Janet’s nipple for the whole word to see. For a good number of fans who watched the show, the incident was comical, maybe even fun, but for the majority of others out there, the act of indecent exposure was very inappropriate, which led to a lot of criticism against MTV and CBS. In the years following that scandal, the NFL outsourced more “conservative performers” for the show, at least until the fire of Janet’s scandal flamed out. But once the memories of that scandal were forgotten, the NFL came back with a bang, bringing in controversial singer Madonna to perform in the 2012 Super Bowl half time show, followed by a couple of other questionable performers in the years to come. Seemingly, the NFL has a thing for courting scandals. But then again, who would blame them in this era of modern media where controversies are highly encouraged and celebrated by the public via social media?

The biggest disgrace about this scandal is the fact that it not only involved several players, but the coaches were in on incident as well. According to the NFL, New Orleans defensive coordinator Gregg Williams created a program that ran between 2009 and 2011, paying financial bonuses (bounties) to players who injured the opposing players during the game. 22 of 27 New Orleans players at that time were allegedly involved in the scandal, plus several coaches as well. Following investigations on the incident, Williams was suspended indefinitely from the league, four current and former Saints players (considered as the ringleaders in the incident) were also suspended, while head coach Sean Payton was also banned for the whole of the 2012 seasons. The suspended players were however reinstated after an appeal.

Currently trying to find a way out of the 2015 Deflategate scandal in which the Pats were accused of intentionally using deflated balls in the AFC Championship game against the Colts to give Tom Brady some advantage, the New England Patriots are no rookies in the world scandals. In 2007, there was the Spygate scandal, an incident involving the Pats illegally videotaping the Jets’ play-call signals. And going further behind in 1982, there was the Snowplow Game incident, where schaefer Stadium snowplow operator Mark Henderson was accused of plowing off a spot on the field for Patriots’ kicker Josh Smith to conveniently kick the game winner in a controversial victory over the Miami Dolphins. With a knack for fighting to win games at all possible costs, even in controversial circumstances, maybe the NFL should use the Deflategate issue to teach the Pats (and other cheaters in the league) a lasting lesson about the consequences of cheating, or else we’ll soon be hearing of another scandal from them.

Michael Vick and His Dogfighting Ring 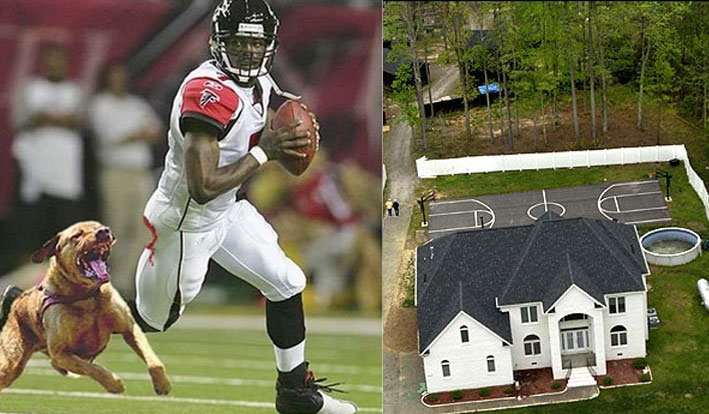 In 2007, Atlanta Falcons QB Michael Vick was a big deal in the league, but his celebrity status couldn’t save him, as he pled guilty to the federal felony of running a dogfighting ring. According to Inhumane.org, an animal activists group, 53 pit bulls in Vick’s house showed signs of injury, while 12 deceased pit bulls were also found at his place. Vick’s property was seized soon after that, and his career soon went tumbling as he lost millions of dollars from the case. So bad was the effect of the scandal that, in 2008, the QB filed for bankruptcy, with reports indicating that he owed creditors nearly $20 million. After serving his time in prison and going through some rehab, Vick is reportedly a changed man now and his only focus is to better his family, as he continues to give whatever is left of his skills in NFL.Sources:CBSSports.com: http://www.cbssports.com/nfl/players/playerpage/235253/michael-vickESPN.com: http://espn.go.com/nfl/story/_/id/7778005/gregg-williams-told-new-orleans-saints-hurt-san-francisco-49ers-speech
Older post
Newer post