The Rant
As we all wait for the 2015 NFL season to kick off, let’s kill some time by taking a look at some of the most unexpected Super Bowl upsets in history. 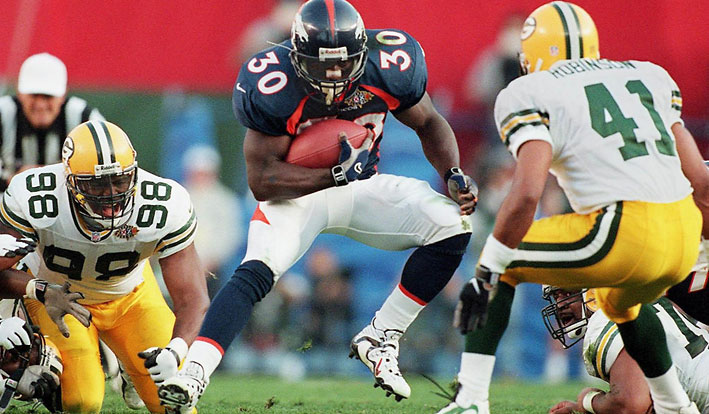 By the time Super Bowl XXXII rolled in, the Green Bay Packers were clear NFL betting favorites against a Denver team who got there by chance as a wildcard entry. Behind their All-Pro Quarterback, Brett Favre, the Packers were expected to mop the floor with the Broncos, but Denver had other plans. Terrell Davis had an incredible 157-rushing-yard performance that helped the Broncos beat the Packers 24-31.Terrell Davis was, of course, named Super Bowl MVP. 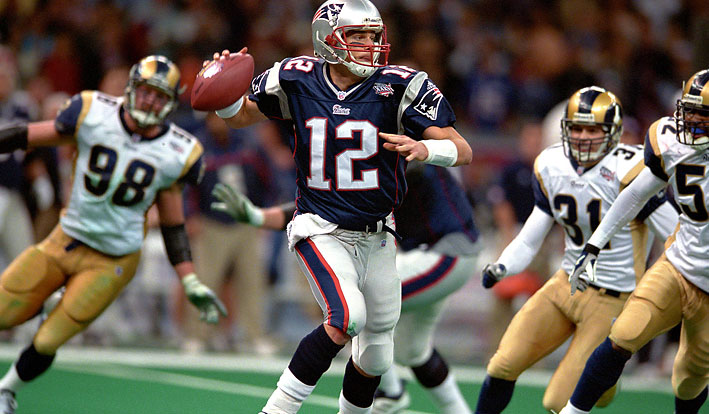 The St Louis Rams came into Super Bowl XXXVI as 14-point betting favorites to win the title. Led by Kurt Warner and “The Greatest Show on Turf” offense, the Rams got into the championship game with a 14-2 regular season record. The Patriots, on the other hand, were lead by second year QB Tom Brady and a defense that ended the regular season ranked sixth in scoring.St Louis dominated New England 427–267 in total yards, but three turnovers would mark the difference in the game, helping the Pats build a 17-3 third-quarter lead.With 1:30 remaining on the game, the Rams managed to even the score 17-17. Brady, with no timeouts left, lead his team to the 48-yard mark, were kicker Adam Vinatieri scored a now historic game-winning field goal as time ran out.Tom Brady was named Super Bowl MVP. 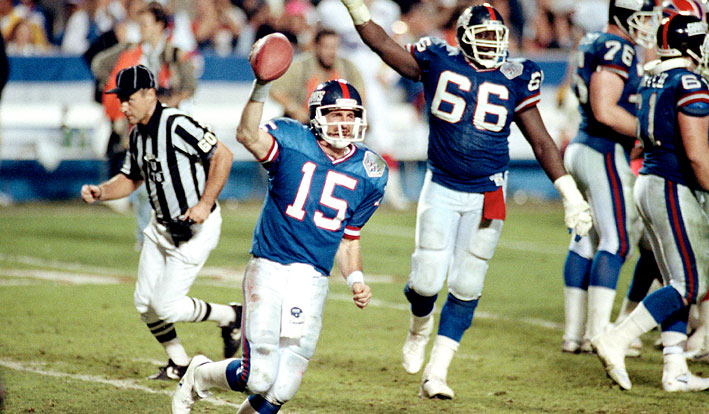 Probably one of the most exciting games in the sport’s history, Super Bowl XXV was a clash between two very different teams.It was the first Super Bowl appearance for the Buffalo Bills, who were 7-point favorites to win the game. They finished the season 13-3 and were known for their explosive no-huddle offense.On the other side, the NY Giants –who also posted a 13-3 regular season record that year– came in with a defense that allowed a league-low 211 points.The teams went neck and neck, but the game is best remembered for Bills placekicker Scott Norwood’s last-second field goal attempt which went wide right of the uprights… giving the Giants a 20-19 victory.Ottis Anderson, who carried the ball 21 times for 102 yards and one touchdown, was named Super Bowl MVP. 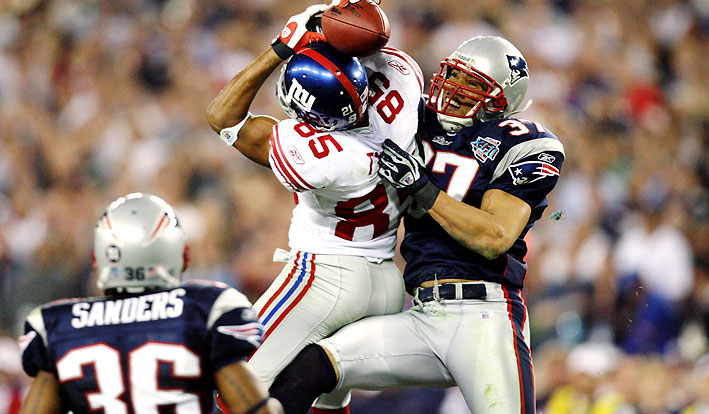 It was a pretty low scoring affair, with a total of 10 points scored in the first three quarters. By the fourth quarter, the Giants were down 14–10 with 2:39 left on the clock. They got the ball on their own 17-yard line and started an impressive 83-yard run down the field best remembered by David Tyree’s famous ‘helmet catch.’ Plaxico Burress scored the winning touchdown with 35 seconds left, giving the Giants a 17-14 victory.Quarterback Eli Manning was named Super Bowl MVP. 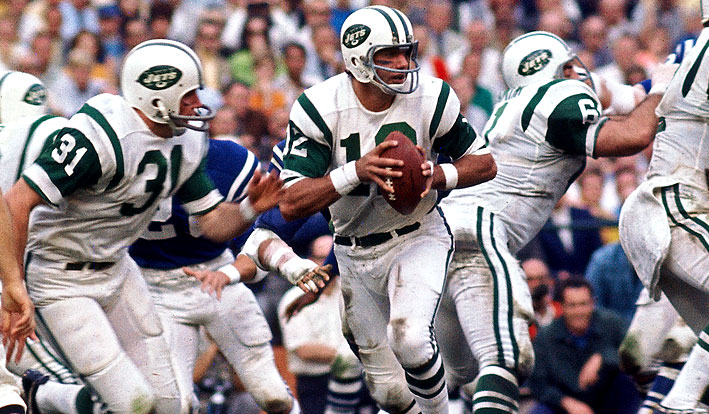 Regarded as one of the greatest upsets in American sports history, Super Bowl III featured AFL champion New York Jets vs heavy favorite NFL champion, the Baltimore Colts.Most sports writers of the time expected the Colts to win by a large margin. After all, Baltimore made the championship game by beating the Cleveland Browns, 34–0. The Jets, on the other hand, barely made it by defeating the Oakland Raiders 27–23.However, ignoring all the bad press against his team, Jets quarterback Joe Namath made an appearance three days before the Super Bowl were he guaranteed a victory. And he wasn’t kidding, his team controlled most of the game, building a 16–0 lead through the fourth quarter. Johnny Unitas was then called in to replace Earl Morrall, leading the Colts to their only touchdown of the game with a few minutes left on the clock.The final score was 16–7, giving the AFL its first Championship title.Namath, who completed 17 out of 28 passes for 206 yards, was named MVP. SourcesESPN.com (http://espn.go.com/blog/st-louis-rams/post/_/id/12536/greatest-show-on-turfs-legacy-lives-on)NFL.com (http://www.nfl.com/player/plaxicoburress/2504253/profile)
Older post
Newer post