The Rant
During the 40-year history of this beloved game, there have been many great playoffs and to find the greatest Super Bowl from the large varying list is a very hard task. With Super Bowl coming up, we would like to take a look at some of the Super Bowls we consider were the most exciting to watch. Are you ready? Here is a list of the top 5 Super Bowls, starting from bottom to the top. 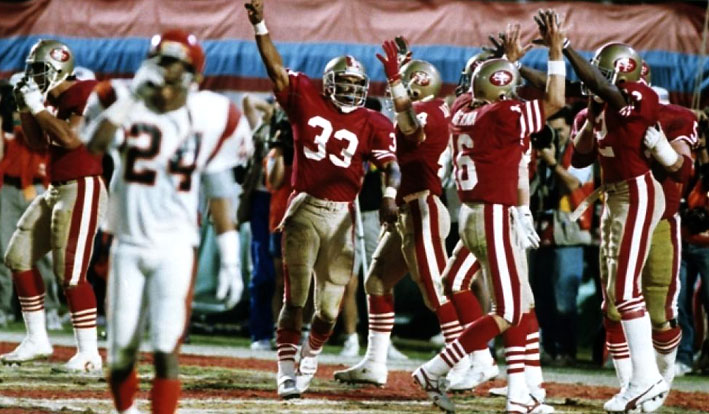 Who? San Francisco 49ers vs Cincinnati BengalsWhen? January 22, 1989Where? Joe Robbie Stadium, Miami, FloridaFinal Score: 20-16At number 5, the 1989 Super Bowl XXIII was won by the San Francisco 49ers in a most thrilling manner. The 49ers were losing and were down 16-13 with 3 minutes remaining on the clock when Jim Breech was able to score a 40 yard field goal.In the last remaining 34 seconds, Joe Montana drove the ball 92 yards, making a 10 yard pass to John Taylor, striking another touchdown and cementing his team’s win. 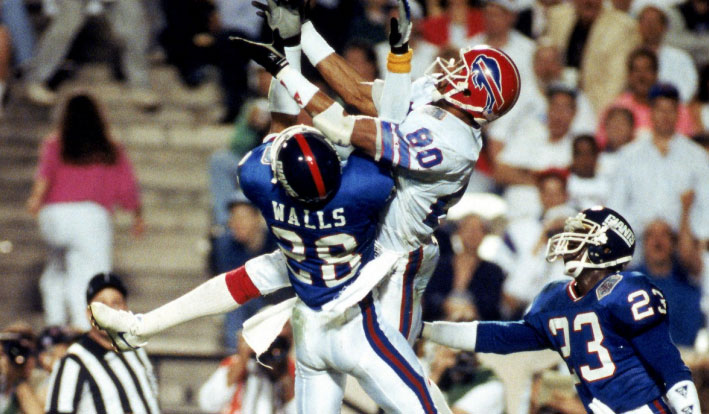 Who? Buffalo Bills vs New York GiantsWhen? January 27, 1991Where? Tampa Stadium, Tampa, FloridaFinal Score: 19-20The 1991 Super Bowl XXV between the Giants and Bills ranks number 4 on this list. The Giants were able to win this game because they had the ball under control for around 40 minutes,more or less, which secured their second Super Bowl win in five years. The game, however, is remembered by Norwood’s missed field goal, which caused the Bills to lose the game and also marked the start of their playoff losing streak for the next four years. 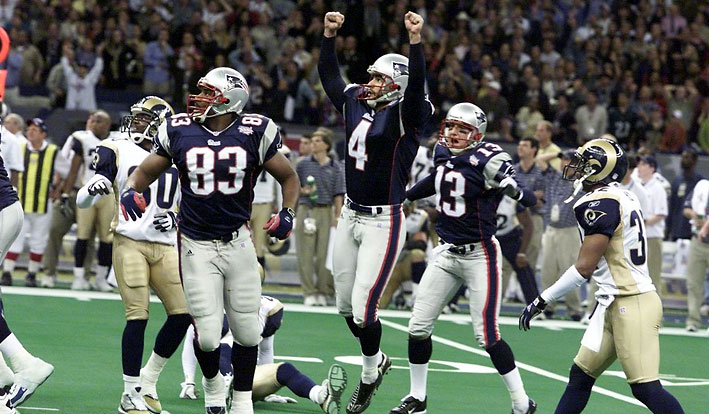 Who? St Louis Rams vs New England PatriotsWhen? February 3, 2002Where? Louisiana Superdome, New Orleans, LouisianaFinal Score: 17-20Just as Norwood set the “bad vibe” for the Bills for four years, the same can be said about Adam Vinatieri as he set a “good vibe” for the Patriots for the upcoming 3 years after Super Bowl XXXVI in 2002. The Patriots experienced many game turnovers during the 2002 playoff, like Ty Laws touchdown return, Buckley’s recovery, and Otis Smith’s interception,which made the Pats jump to a 17-3 lead. The Rams managed to tie it up 17-17 somehow, but with 1:30 minutes left on the clock, Vinatieri was able to score a 48 yard field goal before the time ran out, leading the Pats to victory. 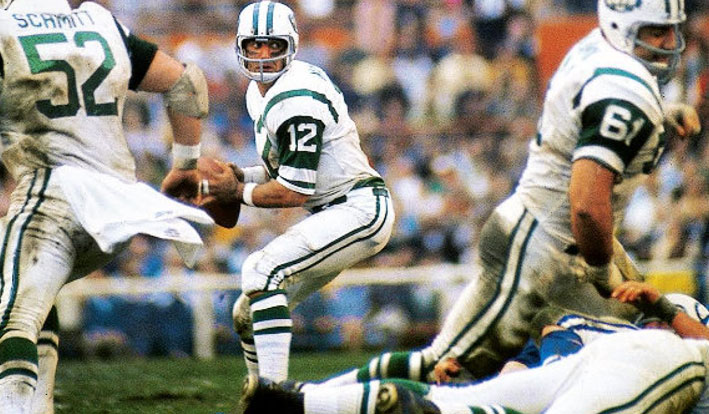 Who? New York Jets vs Baltimore ColtsWhen? January 12, 1969Where? Miami Orange Bowl, Miami, FloridaFinal Score: 16-7Joe Namath was the player who made this game one to be remembered. The Jets relied only on luck and were not at all competing seriously until they were able to beat the almighty Colts who had won 15 out of the 16 games they played leading up to Super Bowl III in 1969. 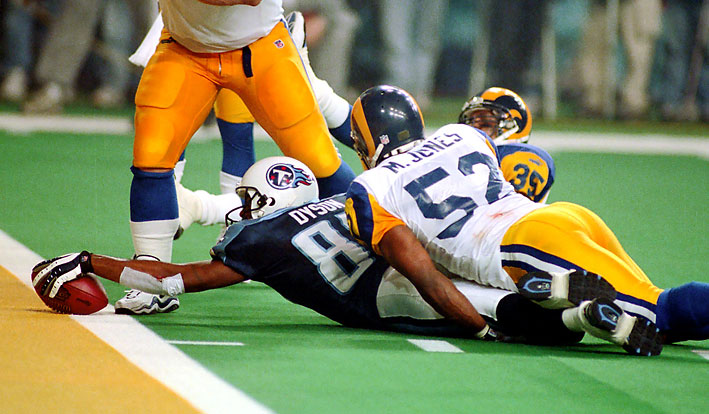 Who? St Louis Rams vs Tennessee TitansWhen? January 30, 2000Where? Georgia Dome, Atlanta, GeorgiaFinal Score: 23-16This 2000 Super Bowl XXXIV is remembered for a tackle made by Mike Jones of the Rams on Titan’s Kevin Dyson. The Rams had a very strong offense and defense, and managed to pull off 3 field goals and one touchdown. The Titans improved their efforts and started fighting back, making the score 16-13 and tying it 16-16 at the 2:12 minute mark. The Rams foughtback and eventually were able to win the game in one of the most exhilarating games in the sport. SourcesWikipedia.org (http://en.wikipedia.org/wiki/Super_Bowl_XXV)NFL.com (http://www.nfl.com/player/joenamath/2521943/careerstats)
Older post
Newer post