UFC Betting News
The talk in UFC circles recently has been all about whether or not Jose Aldo would actually decide to take part in his UFC 189 fight with Conor McGregor. An unhappy looking Dana White took to ESPN to announce that Aldo was officially out of the fight, and that Chad Mendes would step in to take part in what is now an interim title fight. This is the 5th time that Aldo has pulled out of a title fight, but it can be argued that what we are getting now is an even better MMA betting match-up.

Arnold Schwarzenegger: Conor McGregor is one of the greatest athletes of all time http://t.co/IYWKq1Z0eO #UFC189 pic.twitter.com/aCNNDkmqwV

There is no fighter in the UFC who draws more attention than The Notorious Conor McGregor. The fearsome Irishman is on a 13 fight win streak that is beginning to make him look like an unbeatable force to be reckoned with. He now has a 17-2 record, with 15 of his wins coming by way of KO. He has expended very little energy in compiling his impressive record, as 12 of the wins have come in the opening round. As his KO record would suggest, McGregor is able to wield an awful lot of power, but he is not just a one trick pony. If he finds that he is not having much success with his power game, McGregor will quickly change things up and try to get his opponent in the Rear Naked Choke hold. This is a man in top form, and is a fighter that is very much feared right now.McGregor is going to have to alter his game plan in order to fight Chad “Money” Mendes. The California native also has a 17-2 record, but his wins tend to come by very different means. Mendes likes to get his opponents onto the mat, where he uses his wrestling background to wear them down and get submissions. He can flash a good deal of power as well, though, so McGregor is going to have to parry attacks on a pair of different fronts. The hope here is that Mendes will be in perfect shape for the fight, but that is a big ask when he is asked to fill in with less than 2 weeks to go until the big fight night in Las Vegas. If he is primed and ready to go, we could all be in for a real treat here. 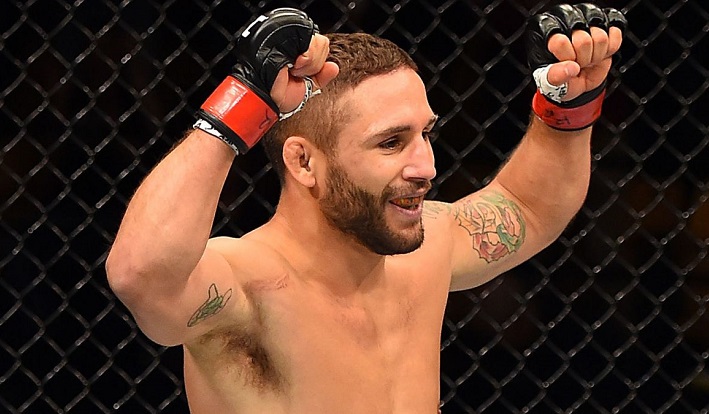 Both of these men have built up solid reputations for getting the job done early, but I just don’t see that happening here. This is a fight that I think will go the distance, which is something that goes in the favor of McGregor and his preparation. Regardless of the outcome, you have to give massive props to Mendes for stepping in to replace Aldo on such short notice, especially when you consider that he will be facing a fighter at the top of his game.Sources:UFC.com (http://www.ufc.com/fighter/Conor-McGregor)Wikipedia.org (https://en.wikipedia.org/wiki/Chad_Mendes)
Older post
Newer post