UFC Betting News
Given the fact that Ronda Rousey not only holds the UFC bantamweight title but that no one seems to be able to last longer than a minute or two against her, there is a lot of momentum in the UFC odds for a fight between Rousey and Cris “Cyborg” Justino, who holds the Invicta FC featherweight belt. The bantamweight division has a maximum of 135 pounds, while the featherweight tops out at 145 pounds, and UFC does not sanction featherweight fights because of the lack of available fighters. However, it looks like the two may finally be meeting, as Justino has apparently agreed to drop to 135 pounds. Currently, rumors are swirling about a December 5 fight at Cowboys Stadium.According to Tito Ortiz on AXS TV’s “Inside MMA,” he has talked to Justino and her management, and they have said that UFC offered her that fight. One point of contention has been dropping the weight, as Justino was long worried about being able to knock off that extra 10 pounds. She has been working with a new nutritionist who has helped to convince her that she can get down under the bantamweight limit.  For the UFC to publicly commit to the fight, there may need to be more of a groundswell from the fan base in the UFC, but that should not be a problem. For now, Dana White has denied all contact between the UFC and Tito Ortiz, saying that the rumors are “100 percent a lie,” according to Yahoo! Sports. Even if Justino can get down to 135 pounds, she still has not yet proven that she can fight successfully at that weight, which is a sticking point for the UFC so far. 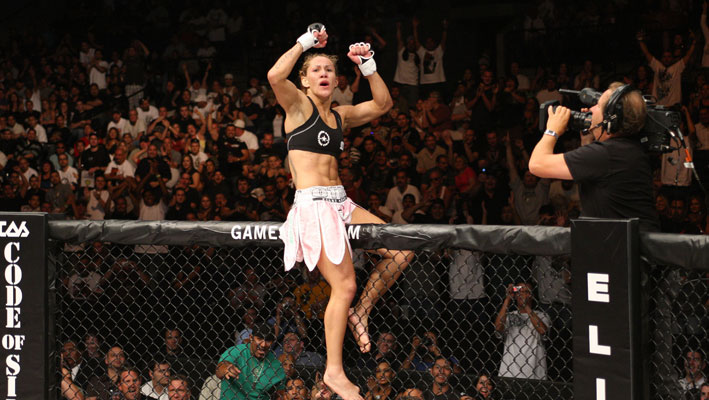 The two boxers have been going back and forth in the public arena. Justino has a positive steroid test in her past, a fact that Rousey keeps bringing up any time people ask her about the possibility of this fight. However, Justino has been clean since that test and has offered to undergo Olympic-level testing between now and any fight between the two in the future. The Olympic-level regimen is known to be particularly rigorous and should eliminate any doubts that anyone would have about her being clean before going into the fight.

@rondarousey you can not slander me with lies in the media. My lawyer will call @Primetime360ESM

While Rousey is currently slated to face Amanda Nunes and then take on Miesha Tate in a rematch, fans are clamoring for Rousey to take on this greater challenge in Justino. Justino has been just as devastating to her opponents as Rousey has been to hers, and the back-and-forth regarding steroids and a general lack of action between the two has had UFC fans up in arms, ready for this new bout to happen. 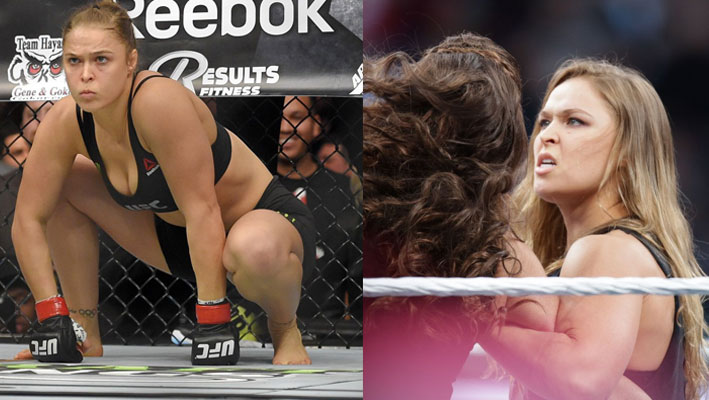 UFC commentator Joe Rogan has a couple of issues with this fight taking place. The simple fact that Justino might be using steroids, in his opinion, makes this an unfair fight for Rousey. He also admits, though, that this is not a consideration he would worry about as much if it were a men’s fight. He realizes that this might be sexist but he still has his reservations as the negotiations drag on. Sources:LAtimes.com: http://www.latimes.com/sports/sportsnow/la-sp-sn-cyborg-threatens-to-sue-ronda-rousey-steroids-20150805-story.html
Older post
Newer post