UFC Betting News
There was a time in UFC betting when George St. Pierre was one of the most feared fighters in the league. The last time the Canadian stepped into the Octagon was at UFC 167 in November 2013. He faced Johny Hendricks in what turned into a bloody, controversial battle that ended with St. Pierre retaining his Welterweight title. Before that fight, there was a lot of talk about it perhaps being his last, with many even believing that retirement rather than hiatus was being discussed. St. Pierre said that he would explain everything when the fight was over, but when he did, little was really cleared up. St. Pierre seemed dazed and confused, and spent some time talking about his mental state. He eventually spoke to UFC head Dana White, revealing that he would be taking a hiatus and vacating his crown. Since that day, all that fight fans have been talking about is when he might return. The talk continues to this day, and St. Pierre is playing his cards pretty close to the vest. What is known is that he turned down a chance to return to the octagon in Montreal a while back, and his reasons for turning the fight down give a clue as to the status of his return. High on the list of “demands” is a change to the anti-doping policy that is currently in place. George St. Pierre is not the only fighter who believes that the current policy does little to prevent the widespread use of steroids and PED’s in the sport, and he refuses to be a part of the UFC until changes are made. 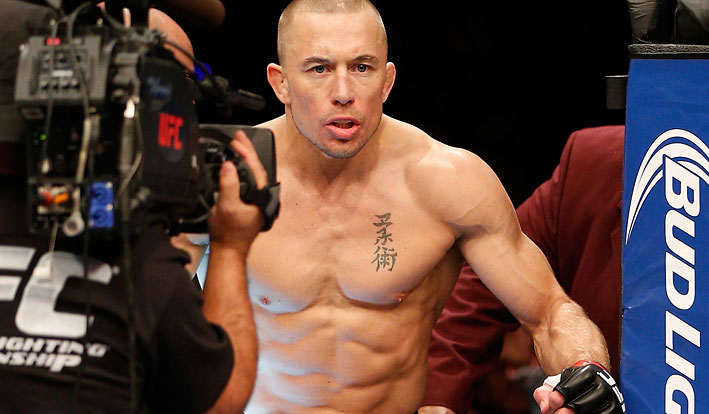 In a recent interview, the French-Canadian revealed that he is still training and keeping in shape in case he ever does decide to return. In that talk, he said that he was “thinking about” a return, but that is a long way from actually signing an agreement to fight. If Dana White wants him back in the Octagon, and you have to believe that he does, he will need to change hat anti-doping policy, and will also likely have to wave a rather hefty sum of money in from of St. Pierre. That is likely money that would very quickly be made back, as the interest in a new GSP fight is as high as ever. It would likely be a huge event that might well break all records in terms of revenue and viewership. Sources Wikipedia.org (https://en.wikipedia.org/wiki/Dana_White) GSPofficial.com (http://www.gspofficial.com)
Older post
Newer post