UFC Betting News
After failing to provide formidable matchups in the recent editions of the Ultimate Fight Championship odds and giving us some last-minute watered-down bookings to replace a number of injured fighters, UFC Fight Night 63 makes amends to MMA betting enthusiasts with a host of thrilling action fights that are bound to provide real entertainment to action-loving junkies. In the main event, the lethal Ricardo “The Bully” Lamas attempts to make a run for another title shot as he seeks to win his duel against the wildly-athletic Chad “Money” Mendes, who is looking to get back to winning ways after losing his five-round bout against Jose Aldo.Outside the Mendes vs. Lamas headliner, the card brings forth a good number of enticing duels, featuring up-rising young fighters and proven veterans, who all have something to prove to themselves, their fans and the entire MMA-loving community. Among them, Jorge Masvidal and Al Iaquinta square-off in a co-headliner, Mitch Clarke takes on “The Ultimate Fighter” winner Michael Chiesa in the Main Card events, while renowned fighters like Liz Carmouche, Lauren Murphy, and Gray Maynard have to live to their big names in the undercard.With so much to anticipate and bet on, let’s take a look at the Money vs. The Bully featherweight matchup, then go a step further to check out of the free MMA betting picks for all the other UFC Fight Night 63 battles, which have been expertly analyzed and prepared for you in this betting guide.

Venue: Patriot Center, Fairfax, VirginiaDate: Saturday, April 4, 2015Time: 1:00 PM ET/ 10:00 AM PTTV: FOX Sports 1Looking at both fighters, there are indeed several similarities, including the fact that both men have a wrestling background, both have good top control, and both are adept at stand-up striking and close-range duels. So how comes Mendes enters Saturday’s MMA lines as a high favorite to win this matchup? 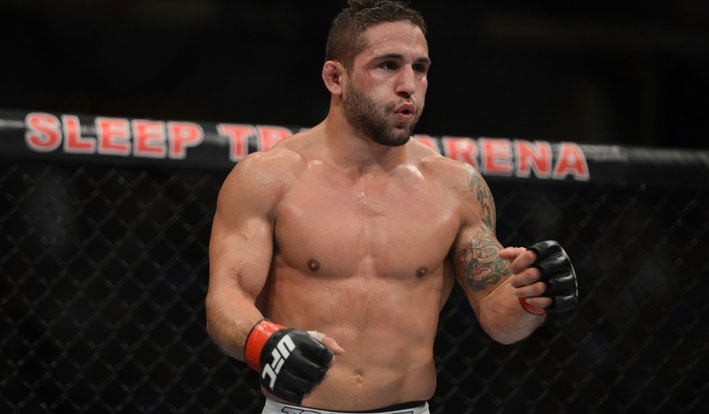 Well, for starters, Mendes gave Jose Aldo a hard encounter last October in a rematch of the KO he suffered in 2012, and as we all can attest, not many people have been able to give Aldo (the reigning champion) such a tough fight in his career. Of course, Mendes lost that matchup by a close decision and has not been in any battle since then, but the effort he gave in that duel and the progress he’s reportedly made in practice is something to watch out for this Saturday.Also, the Team Alpha Male product comes with a lot of power advantage and ground speed into this fight, on top of his renowned skills as a strong takedown artist. If you add all these skills to the element that Mendes told Fox Sports he’ll be treating this five-round bout as a World Title Fight, there is no doubt that the 29-year-old, 5’6, Hanford-born fighter has what it takes to give good value on his price.That being said, it is undeniable that since dismal showing and eventual loss by decision to Aldo, Lamas has made a lot of positive strides. In fact, after that loss, Lamas was first to admit that he had beaten himself in the UFC’s octagon and would make amends. And true to his words, The Bully bounced back with a decision over Hacran Diaz in June during UFC Fight Night 44, and then had a stunning performance to earn a first round submission win over Dennis Bermudez in November.Moreover, Lamas has better striking distance on the ground from the top and also boasts of well-tuned submission holds. So, if the fourth-ranked featherweight fighter can use his explosiveness to force a good number of takedowns, he could be able to keep things interesting and close enough to eke out a surprise decision win. 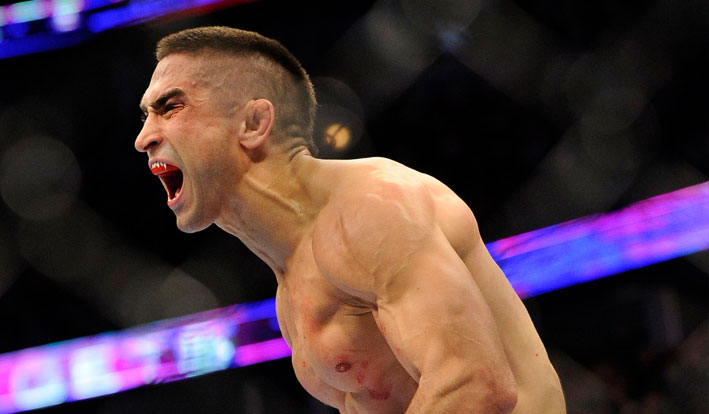 Although this battle is likely to start slow, both fighters should be able to make things lively as the fight progresses, with Mendes’ athleticism proving to be the difference, helping him beat Lamas. Mendes wins by Unanimous decision.

Prediction: After being defeated by Mitch Clarke in his previous, it is certainly starting to show that Iaquinta (in spite of his lethal boxing and takedown skills) has some weaknesses that can be dangerously exploited by his opponents. Most particularly, Iaquinta has a very suspect ground game, which has seen him placed in scrambles and taken down in almost all of his zuffa fights. Meanwhile, Jorge is a skilled wrestler, and was unlucky not to get the nod against Rustam, which would have seen him stay undefeated in Zuffa. All in all, the two should make up a good fight, but when everything is said and done, Masvidal should get the nod here. Masvidal wins by unanimous decision. 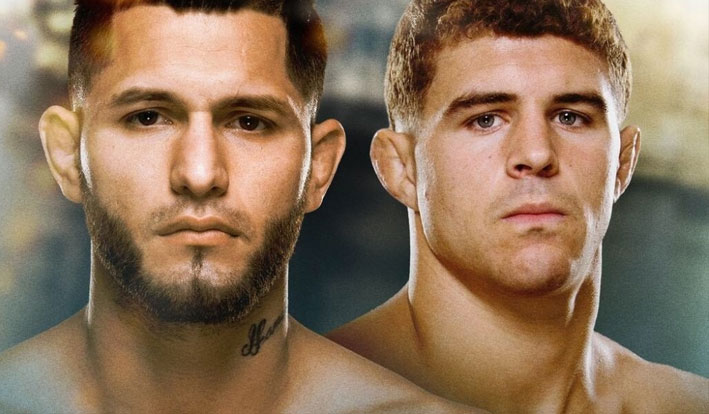 Prediction: Okay, this one should be an easy straightforward pick. Chiesa’s grinding style is as effective as hell, so although Clarke is coming off a huge win over the ranked Al Iaquinta, Chiesa’s pace and timely hooks should see him prevail here. Chiesa wins by Unanimous decision.

Prediction: Coming off a long layoff, it’s hard to know what to expect of Pena, the former TUF winner. Still, although Dudiev has a great chance of claiming a win by decision in this matchup, Pena’s wrestling skills (assuming she still has them fine-tuned as was the case before her injury) should help her win this matchup. Pena wins by Unanimous decision.

Prediction: In spite of going 2-4 in his last six games, Guida should be able to use his strong defensive-oriented style limit Peralta’s offense. Guida wins by Unanimous decision.

Prediction: Though Ferreira is talented and has great potential, he is too much of an average fighter to match well-tuned wrestling skills. Poirier gives a strong performance to win by TKO, probably in Round 2 or 3.

Prediction: Even though Jones is just 3-1 in his career, he has shown a lot of promise to indicate that he can forge a successful career in the middleweight division. Unfortunately for him, he will be facing Stallings, a Maryland native who is likely to enjoy a lot of support this Saturday in Virginia. Unlike his debut against Uriah Hall, which ended badly with a deep cut on his forehead and an unprecedented stop to his fight, I see Stallings giving a better showing to eke out a close win. Stallings wins by a close decision. 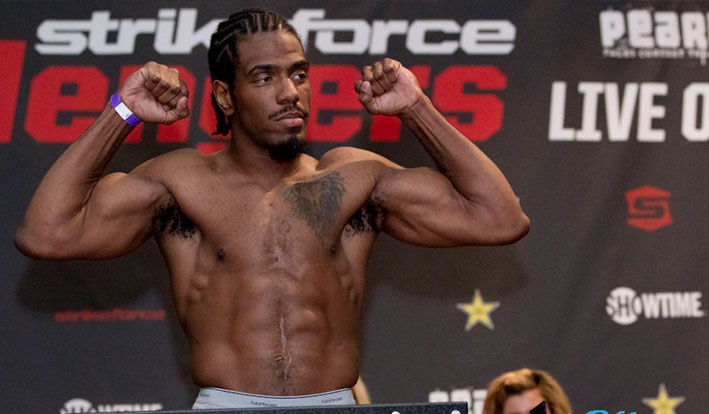 Prediction: With both men making their respective UFC debuts, it will be interesting to see which of the two fighters has what it takes to kick-start his Octagon career with a win. Although Johnson can conceivably use his strong wrestling skills to get a win here, Abdurahimov has proven to be a well-rounded fighter, which should give him a slight edge. Abdurahimov wins by TKO.

Prediction: Despite being a former UFC title challenger, Maynard has been out of action for quite a while, while Yakovlev has been consistently grinding down his opponents through his skillful takedowns. So, even with Maynard’s experience, I’ll lean on the Russian to deliver. Yakovlev wins via decision.

Prediction: This should be a close contest as both fighters stretch out one another with their grapping styles. Still, the Invicta title winner Murphy has shown a lot of improvements over the recent times, so she should be able to earn a close decision here. Murphy wins by decision.
Older post
Newer post