UFC Betting News
There comes a time in the career of every fighter where they have to face a younger guy who just happens to be faster and hungrier. It was certainly a surprise when TJ Dillashaw took the bantamweight title from Rene Barao when they met at UFC 173 last May. The question as to whether this was a shock defeat or a true passing of the torch will be answered for online betting fans this weekend when the two men step into the Octagon in Chicago for a rematch.

T.J. Dillashaw may be 29 years old, but he is still a relative newcomer to the world of UFC. He has posted a 12-2 record to this stage in his career, and it’s fair to say that he somewhat came out of nowhere to knock off Barao in their last meeting. He is not the most powerful guy in MMA, but what he does possess is a deadly ground game. If he gets an opponent on the mat, things tend to go his way. Dillashaw became better known after appearing in the 2014 version of Ultimate Fighter, but it was the title win against Barao that made him a household name in UFC circles. 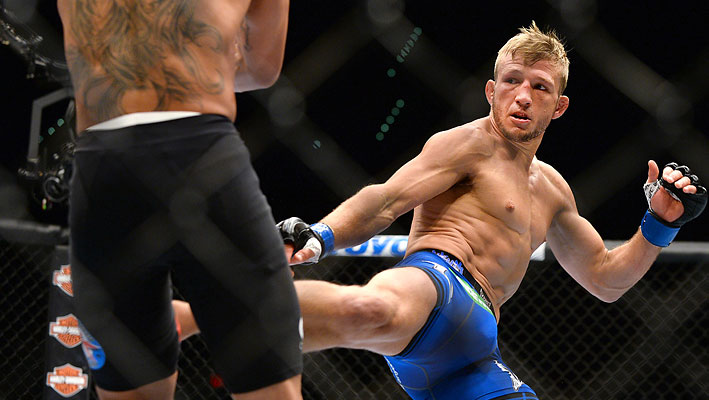 This is a fighter in a rich vein of form, as he is coming in with 7 wins in his last 8. Of his 12 career victories, 5 have been by KO, with another 2 ending in submissions. If he can win this rematch, it will most definitely be a sign that he is the man to beat in the bantamweight fighting class. 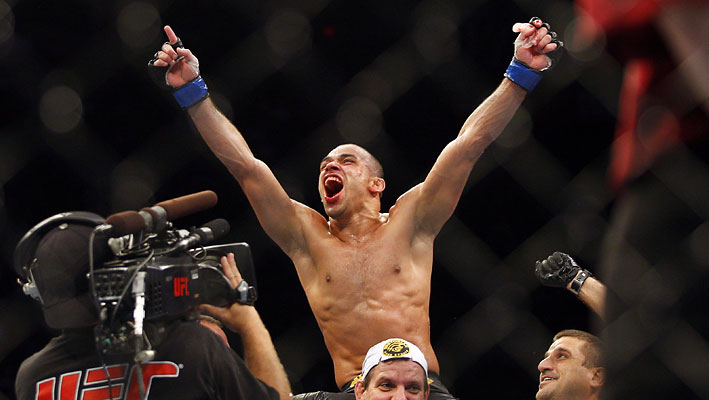 Renan Barao had 3 successful title defenses under his belt when he faced Dillashaw last May, and the general consensus was that he would make it 4. The Brazilian is a year younger than his opponent, but he has much more experience in the Octagon, posting a 35-2 record over the course of his career. Not only was Barao’s title win streak snapped with the Dillashaw loss, it also brought to an end a string of 22 straight wins. You can only imagine how much that must sting for a fighter, so it’s no real surprise that a rematch was on the cards. Barao had one more fight after that loss, which ended in a win over Mitch Gagnon. Barao is equally at home exchanging punches as he is on the mat, which may explain why his wins include 8 KO’s and 15 subs.

This is a fight that will more than likely go the distance, and I feel that Barao will run into the same problems as he did in the last meeting with Dillashaw, where he just looked a step slower. I like Dillashaw to win by decision. Sources Wikipedia.org (https://en.wikipedia.org/wiki/T.J._Dillashaw) UFC.com (http://www.ufc.com/fighter/Renan-Barao)
Older post
Newer post