UFC Betting News
Coming off back-to-back wins against Mauricio “Shogun” Rua and Patrick Cummins, Ovince Saint Preux is undeniably the new kid on the UFC Light Heavyweight Championship that no one wants to face. Unfortunately for Glover Teixeira, he will have to go through Saint Preux this Saturday in UFC Fight Night 73 if he is to resuscitate his dreams of getting another title shot. As the second issue of our two-part series of the fight, here is a preview of the clash, with special focus on what Saint Preux brings to online betting odds of the Saturday Night thriller in Nashville.Event: UFC Fight Night 73Fighters: Glover Teixeira (-120) vs. Ovince Saint Preux (EVEN)Venue: Bridgestone Arena in Nashville, Tenn.Date: Saturday, August 8th, 2015Time: 10:00PM ET/7:00 PM PT

After a slow start to his career that saw him go 3-4 as of 2009, Saint Preux has consistently gotten better at nearly aspect of his fight with every passing bout. Since 2009, his only two losses have come against Ryan Bader and Gegard Mousasi, both of whom are solid title contenders in their current divisions in the UFC. 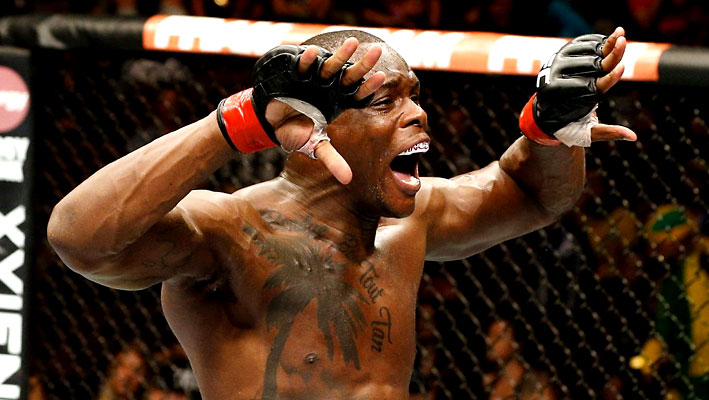 Entering Saturday’s fight, he has won his last two straight fights by impressive Round 1 KOs. Explicably, he got a TKO victory over Rua in just 34 seconds at UFC Fight Night 56 (last November), and then followed it win another TKO against Cummins at UFC on FOX 15 in April. It is because of his solid run over the recent times, including seven of his last eight fights won by stoppages, that Saint Preux has risen to sixth in his divisional rankings.Having played football at the University of Tennessee, Saturday’s clash in Nashville will be huge for him, as he will not only be looking to get a win, but he will also be hoping to impress his local supporters that expected to turn out in large numbers during the fight.Whereas Glover Teixeira comes with a huge grappling risk and solid striking skills, it should be duly noted that Saint Preux is a much-improved defensive wrestling, something he demonstrated against Cummins–a two-time All-American wrestler–in his previous fight. In addition, OSP boasts of a four-inch reach and height advantage over his opponent, presenting him with a solid chance to dominate the stand-up combats. Not to forget, Teixeira (who lost his last two fights to Jon Jones and Phil Davis) was really out-powered by Davis, and with Saint Preux being more powerful than Davis (on the feet), OSP could really be hell of a challenge for his opponent. 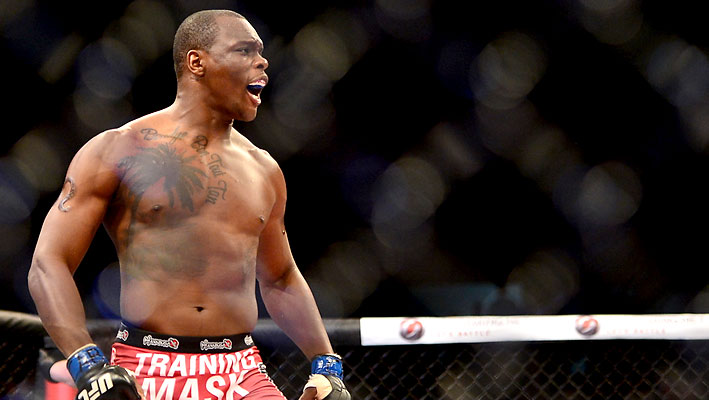 As a crucial note, though, Saint Preux has often exhibited the tendency to get wild in the cage, opening him up to get caught by opponents (as was witnessed in his loss to Bader). Without patience and tactfulness, Teixeira (who is a more intelligent fighter) could easily exploit that weakness and finish him up through a TKO early in the clash.

Obviously, the two big light heavyweights have good KO and finishing abilities that could see the fight end by the third round. However, going by Saint Preux’s challenges in finishing off master grapplers, the five-round fight looks most likely to go the distance, ending in not less three rounds. And as far as going the distance, Teixeira looks most likely to score a win, probably through a decision. However, if you feel that the bout is more likely to end in an TKO or KO, then Saint Preux should be your guy. In short, this fight is a toss-up, so it could go either way, though with Teixeira looking as the smart winning pick.SourcesMMAjunkie.com (http://mmajunkie.com/2015/04/ufc-on-fox-15-results-ovince-saint-preux-knocks-out-patrick-cummins-with-uppercut)UFC.com (http://www.ufc.com/fighter/Glover-Teixeira)
Older post
Newer post