UFC Betting News
If we are going to be totally honest, the UFC has some women troubles. Specifically, they don’t have any ladies that can hold a candle to what Ronda Rousey does in the octagon. UFC Online Betting fans want to see Rousey fight, though, which means we are treated to a series of mismatches that we hope will go beyond 30 seconds. She will go again this Saturday night at UFC 193 in Melbourne, Australia, with Holly Holm scheduled to be the net lamb heading to slaughter.

There is nothing to say about Rousey that has not already been said. The pool of fighters on the women’s side in the UFC is not that large, but Rousey is so far above that pool that it’s ridiculous. No-one has ever come close to beating her, and the length of her fights is often dependent upon her feelings about the opponent. If it’s someone she doesn’t particularly like, she will take some time to lay on a beating. If, on the other hand, the opponent is someone she deems unworthy, Rousey will be clinical in the octagon. Her last fight against Bethe Correia in Brazil was a perfect example of the latter, as Rousey silenced the partisan home crowd by taking down Correia and pummeling her in a move that was so fast you would have blinked and missed it. This is a tough spot for Rousey to be in, as she is torn between giving the fans what they want and getting the job done as quickly as possible. 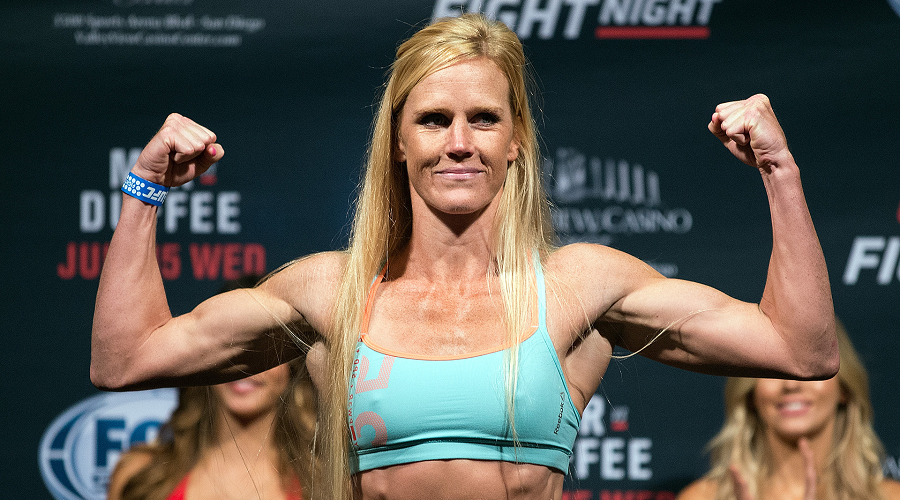 Holly Holm could well prove to be an interesting challenge for Rousey, as she brings a professional boxing background to this fight. She has the speed and footwork to get in and out before Rousey gets her to the ground, but you have to wonder just how willing she is going to be to get in tight. Holm may have to spend the opening moments of the fight evading the attacks of Rousey, as Ronda will not want to let her opponent get into a stick and move groove. The one thing that Holm seems to be missing is power. Both of her UFC fights have gone the distance, and she only managed 9 KO’s in 38 professional boxing matches. That does suggest that she is strong and has plenty of stamina, but she has not faced anyone like Rousey before.

Rousey may feel inclined to try and go toe to toe with Holm, as this is a challenge that is a little bit different for her. While that may mean a longer fight than we are used to from Ronda. You can also bet that she will go in for the takedown kill the moment the opportunity presents itself.
Older post
Newer post