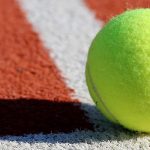 MyBookie brings you free Tennis betting previews and predictions for two ATP tournaments in 2021, Sofia Open and San Diego Open. Both ATP tournaments will play out on September 27 – October 3 and feature plenty of well-known names from some of the biggest tennis competitions of the year.Here is everything you need to know about the 2021 Sofia Open and San Diego Open, with all the information you need to place bets on ATP Betting Odds. Posted: Monday, September 27, 2021 10:12, EDT
MyBookie brings you free Tennis betting previews and predictions for two ATP tournaments in 2021, Sofia Open and San Diego Open. Both ATP tournaments will play out on September 27 – October 3 and feature plenty of well-known names from some of the biggest tennis competitions of the year. Here is everything you need to know about the 2021 Sofia Read More

Posted: Friday, September 24, 2021 1:33, EDT
Monday Night Football comes to us from AT&T Stadium, also known as “Jerry World” in Arlington, Texas, as the Dallas Cowboys host the Philadelphia Eagles in an NFC East battle. Both teams come into this matchup with identical records of 1-1. Dallas was narrowly defeated by the Tampa Bay Buccaneers to open the season, and last week they held on Read More