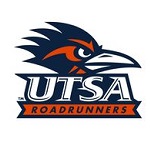 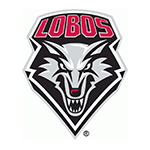 The New Mexico Bowl is an NCAA-sanctioned post-season college football bowl game held every year at University Stadium on the campus of the University of New Mexico in Albuquerque. In 2011, clothing manufacturer Gildan became the first title sponsor for the game, changing the name to Gildan New Mexico Bowl. The game the first FBS bowl game of the season on ESPN and ESPN Radio and the only annually nationally televised sporting event in the state of New Mexico.

The 2016 Gildan New Mexico Bowl will be one of six bowl games that kick off the start of the 2016 bowl season when it gets underway on Saturday, Dec. 17 at 2:00 PM ET, live from University Stadium in Albuquerque and airing nationally on ESPN.

The 11th-annual Gildan New Mexico Bowl features teams from the Mountain West Conference (MWC) and Conference USA (C-USA). The leagues were paired against one another in the 2014 matchup when the Utah State Aggies recorded a convincing 21-6 win over the UTEP Miners.

“We are thrilled to be a part of Bowl Season’s opening day once again,” said Jeff Siembieda, Gildan New Mexico Bowl executive director. “That Saturday afternoon has turned into a great tradition in our community. We look forward to beginning the second decade of the Gildan New Mexico Bowl with another tremendous game.”

The Gildan New Mexico Bowl is being played on opening day for the ninth consecutive season. Last season, the Arizona Wildcats fought off a furious comeback attempt from the New Mexico Lobos to win 45-37 and cover the college football betting line as n 8.5-point underdog while the game’s 82 total points played over he 65-point O/U Total.