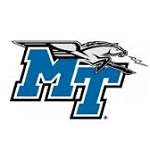 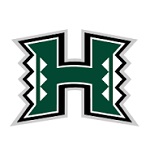 The 2016 Hawai‘i Bowl will take place on Saturday, Dec. 24 (Christmas Eve), live from Aloha Stadium in Honolulu at 8:00 PM ET and airs live on ESPN.. Now in its 15th year, the annual bowl game pits teams from the Conference USA against the Mountain West.

The Hawaiʻi Bowl is a game played annually at Aloha Stadium in Honolulu since 2002. Typically played on either Christmas Day or Christmas Eve, the game features teams from either Conference USA or the Pac-12 and a team from the Mountain West Conference. The University of Hawaiʻi Rainbow Warriors owns automatic bid to the bowl, but if Hawaiʻi is not eligible then another Mountain West team is invited. This continues a tradition started when Hawaiʻi was a member of the Western Athletic Conference. In 2006, the Pac-10 replaced C-USA as the WAC’s opposition. If the Pac-10 was not able to provide a bowl-eligible team, C-USA would have supplied the team. If neither conference had a bowl-eligible team, the spot would have been filled by an at-large team. In 2007, C-USA had a guaranteed spot in the Hawaiʻi Bowl, which was filled by the East Carolina Pirates.

The other opponent in this postseason matchup comes from either the Mid-American Conference (MAC), American Athletic Conference (AAC), or Conference USA.

This bowl game was once known as the ConAgra Foods Hawai’i Bowl and the Sheraton Hawai’i Bowl. Last year, San Diego State rolled to an emphatic 42-7 blowout over Cincinnati to cover the college football betting line as a 2.5-point favorite while the game’s final score played Under the 56.5-point O/U total.