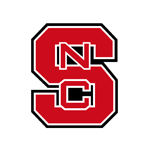 First played in 1976 as part of the Bicentennial Celebrations, the Independence Bowl is one of the oldest bowl games played right at the Independence Stadium in Shreveport, Louisiana. For its first five years, the game pitted the champion of the Southland Conference against an at-large opponent. It then moved to inviting two at-large teams, until 1995 when it began featuring a Southeastern Conference school against an at-large opponent.

Since its inception, the game has had numerous sponsors. In 1990, the contest became one of the earliest college bowl games to use a title sponsor, becoming the Poulan Weed-Eater Independence Bowl. Poulan sponsored the game until 1996. The Independence Bowl’s three-year search for a title sponsor ended on August 21, 2006 when PetroSun Inc., a Phoenix, Arizona-based company, agreed to become the bowl’s sponsor. The agreement to have run through 2008 with an option for 2009; however the deal was discontinued prior to the 2008 game.

On May 21, 2009, AdvoCare became the fifth title sponsor since the bowl’s inception. Then in February 2014, Duck Commander (a duck call and hunting apparel manufacturer founded by former Louisiana Tech quarterback Phil Robertson, made prominent by the reality series Duck Dynasty) announced that it would be the title sponsor for the 2014 bowl, which will be known as the Duck Commander Independence Bowl. Only a year later, Duck Commander declined to renew the deal and in July 2015, Camping World was announced as the new title sponsor of the game.

One of the most memorable games in Independence Bowl History was the 2000 “snow bowl” game between Texas A&M and Mississippi State. The game was played under a significant snowstorm hit Shreveport. In the midst of the snow, Mississippi State rallied to an overtime 43-41 win over A&M.

The Independence Bowl originated in 1976 and currently features a program from the ACC and an opponent from the SEC. Last year, Virginia Tech beat Tulsa 55-52 in beloved head coach Frank Beamer’s final game despite failing to cover the spread as a 14-point favorite. The 2015 Independence Bowl finished Over the game’s 62.5-point Over/Under total. Favorites in this series have gone 9-1 SU and 8-2 ATS over the last 10 Independence Bowls.