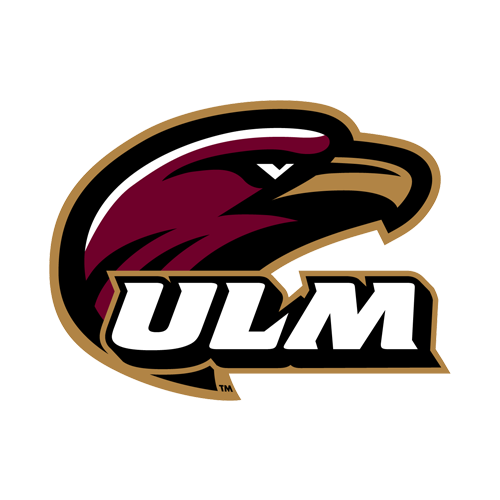 Good news for bettors at Mybookie.ag as there is college football action on Wednesday this week. It’s from the Sun Belt Conference as No. 21 Louisiana hosts Coastal Carolina on national TV.

Last year, Louisiana bombed Coastal Carolina 48-7. Levi Lewis was 26-of-30 passing for 296 yards, tossing TD passes to Neal Johnson, Jalen Williams and Ja’Marcus Bradley. Lewis’ 6-yard run in the first quarter opened the scoring. ULL scored on all four of its first-half drives, not including an abbreviated possession that ended at the half. Then it scored on its first four in the second half before having final one end at the Coastal Carolina 6 as the clock ran out. The Ragin’ Cajuns outgained the Chanticleers 564-236.

Why Bet on Coastal Carolina?

The Chanticleers (3-0) last played on Oct. 3 and beat Arkansas State 52-23. Coastal Carolina held the ball on offense for over 41 minutes of the contest and totaled 539 yards of total offense. Coastal dominated the time of possession, as the Chants’ offense had the ball for 41:21 compared to Arkansas State at 18:39.

The Chants overcame three turnovers — an interception and two fumbles — by holding the ball for over 13 minutes in the second quarter and almost a full 11 minutes in the third quarter. The 52 points were the most points scored by the Chants in a Sun Belt Conference game in the program’s history.

Redshirt freshman quarterback Grayson McCall connected on 20-of-29 pass attempts for 322 yards, four touchdowns, and one interception. The 20 completions, four touchdown passes, and 322 passing yards were all career highs.

Coastal is 3-0 for the first time in the program’s brief FBS history and only the third time in program history overall (2014 and 2015). The three-game winning streak matches the program’s longest streak in a single season in their young FBS history (2018 and 2019).

The CCU offensive line has allowed just 1.0 sack all season long, which is tied for third nationally. The Chanticleers are a perfect 14-of-14 in red zone scoring this season. The 100 percent scoring in the red zone is tied for first nationally with 11 other teams. The Chants have scored 13 touchdowns and one field goal.

Why Bet on Louisiana?

The Ragin Cajuns haven’t played since a Sept. 26 20-18 victory over Georgia Southern to start 3-0 for the first time since 1988.  Junior Nate Snyder made a 53-yard field goal as time expired. It was only the seventh made field goal of 53 yards or more in program history and is the longest kick by a Ragin’ Cajun since Stevie Artigue drilled a 53-yarder during the 2019 Sun Belt Conference Championship Game at Appalachian State on Dec. 7, 2019.

Linebacker Lorenzo McCaskill had a career-high 14 tackles, his third-straight double-digit tackle performance. The 14 tackles are the most by a Ragin’ Cajun since Tracy Walker was credited with 15 at Appalachian State on Dec. 2, 2017. His performance marked his third-straight double-digit tackle performance, making him the only player in the Sun Belt to post 10-or-more tackles in all of his games this season.

Levi Lewis threw for 290 yards, moving him ahead of Roy Henry for seventh all-time in career passing yards with 4,735. Lewis also added his fourth touchdown of the season and tacked on 15 yards on the ground. Lewis has thrown for 723 yards through three games this year.

The Ragin’ Cajuns are the only Sun Belt Conference program ranked in both polls and are the third-highest ranked Group of 5 team in both polls behind Cincinnati and SMU.Game TrendsExpert PredictionLouisiana 41, Coastal Carolina 25College Football Betting News

Posted: Thursday, September 7, 2017 10:27, EDT
How fired up will Florida State be on Saturday in its home opener against UL Monroe after the Seminoles lost to No. 1 Alabama last week and also saw starting quarterback Deondre Francois go down with a season-ending injury? The odds for this Week 2 matchup give FSU the victory by far.  It’s highly unlikely these NCAAF odds will change. Read More

Posted: Tuesday, November 29, 2016 9:48, EST
It’s a much more important game for Louisiana Lafayette on Saturday against state and Sun Belt Conference rival Louisiana Monroe. That’s because ULL can get bowl eligible with the victory in the regular season finale, while ULM can’t. And ULL is favored by a touchdown on college football odds. Louisiana-Lafayette at Louisiana Monroe Odds, Free Pick & TV Info BIG Read More

Posted: Thursday, September 8, 2016 5:54, EDT
If Week 1 of the college football season proved anything, it’s that the preseason betting odds should be used as a guideline rather than proof that the favorites are going to excel this season. The Oklahoma Sooners were something of a sexy pick for those bettors looking for an alternative to Alabama as a National Champion, but they went down Read More

Posted: Saturday, September 5, 2015 5:05, EDT
This weekend will be a buzz with various sportsbetting events across the boards, but for football aficionados like you and me, it’s all about getting paid in the college football odds, as the first week of 2015-16 NCAAF season gets underway. In this article, our focus is going to be on previewing the season-opening Saturday clash between the Louisiana Monroe Read More

Posted: Friday, September 12, 2014 6:01, EDT
Despite winning six games last season, Louisiana Monroe did not get invited to an NCAA bowl game last year, so their plan is to win more than six games this season and clinch their ticket to the first ever College Football Playoffs. They are off to a good start, and are currently 2-0, but they will be facing the toughest Read More

Sports in the State of Louisiana