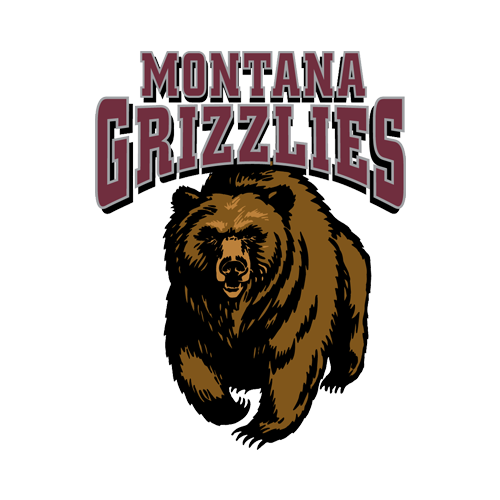 Being a head coach is one of the most thankless tasks in the world. Yes, these guys get paid a ton of money, but save for a few of the elite coaches in the game, there really isn’t any such thing as job security. For many coaches, it’s all about moving up the ranks and landing one of the big jobs. Some guys will start out as a coordinator, before finally getting recognized and moving up to a smaller school. If they do well in that post, there is a very good chance that one of the big boys will come knocking.

That’s when a whole different level of pressure hits, as the stakes get raised higher when you head to a bigger school. That is the career arc that the Cornhuskers head coach Scott Frost has followed, as huge success with the UCF Knights saw him head back to his alma mater in Nebraska. It has been a slow start for Frost, as the job he has on his hands is a big one. Nebraska is favored by 2 touchdowns in this one, with the point total set at 54 ½.

Why bet on the Northern Illinois Huskies?

This is the second week in a row that the NIU Huskies have come into a game as a double-digit underdog after going down 35-17 to Utah last week as a 23-point dog. It was certainly not the result they would have hoped for, but from a betting standpoint, the Huskies have been money through the first 2 weeks of the season, going 2-0 ATS.

That now puts them at 8-4 ATS in their last 12 games, but they have had even better success when going against teams from the Big Ten. The Huskies have covered the spread in 6 of their last 7 meetings versus teams from that conference, which may make them a decent bet in this one. Another decent angle here is that NIU have seen the UNDER hit in 5 of their last 6 games played on a Saturday.

Why bet on the Nebraska Cornhuskers?

It has been a slow start to life for Scott Frost in Nebraska, with the Cornhuskers going just 5-13 SU in their last 18 games. Nebraska were a great bet at the tail end of last season, covering the spread in 7 of their final 8 game sin 2018, but they have not been so good this season, failing to cover through the opening 2 weeks of the season.

On the positive side of things, the Nebraska Cornhuskers have been a good bet, winning 5 in a row in their own building. You will have a bit of a decision to make when deciding on how to play the point total. While the total has gone OVER in 8 of their last 12 games, the UNDER has hit in 5 of their last 7 games played in Week 3.

The Cornhuskers are becoming one of those teams that are difficult to wager on, but I do like them to come up with the win here. That said, I also like the Huskies to cover the spread.

Posted: Friday, September 13, 2019 4:09, EDT
Being a head coach is one of the most thankless tasks in the world. Yes, these guys get paid a ton of money, but save for a few of the elite coaches in the game, there really isn’t any such thing as job security. For many coaches, it’s all about moving up the ranks and landing one of the big Read More

Posted: Friday, September 13, 2019 2:58, EDT
We all know who the big teams are in the college game right now, with the likes of Alabama, Clemson, Georgia, and Ohio State among the teams who are able to recruit and reload every single season. Over the years, though, all of those teams have had some down years, which is a situation that many of the former greats Read More

Posted: Friday, September 13, 2019 1:08, EDT
The playoffs are the goal for every team entering the college football season, but for many, that dream is one that is way too lofty. Generally speaking, we all know that it will be the Power 5 conferences that will be represented in the final four. With 5 conferences and just 4 spots, at least one of them is going Read More

Posted: Thursday, September 5, 2019 3:00, EDT
While the fourth-ranked Oklahoma Sooners almost certainly won’t have any problems beating the inferior South Dakota Coyotes when they square off on Saturday, live from OU Memorial Stadium in Norman, Oklahoma, the big question that college football bettors need answered is whether the Sooners can cover the chalk as a huge, double-digit home favorite? Let’s get to my expert analysis Read More

Posted: Friday, November 16, 2018 8:44, EST
It’s what we call Cupcake Saturday in the SEC! Most schools in the conference are playing some Little Sister of the Poor in a glorified scrimmage ahead of a rivalry game next week. That includes No. 13 Florida as a huge NCAAF betting favorite over Idaho.   How to Bet Idaho vs Florida NCAA Football Week 12 Odds & Game Read More

Posted: Friday, August 4, 2017 5:44, EDT
If you’re fired up about the quickly approaching 2017 season and you’re still looking to nail some value-packed college football regular season win total bets, then you need to know that there are five great picks on the board just begging for your action – and five more that you should avoid like a bad episode of Jerry Springer. Better Read More

Posted: Wednesday, July 26, 2017 1:45, EDT
Will the defending national champion Clemson Tigers win 10 games without superstar signal-caller Deshaun Watson leading them in 2017? Can the Penn State Nittany Lions reach the double-digit win mark for the second straight season behind their two Heisman Trophy candidates? Can Tom Herman get the Texas Longhorns back on the national map in his first season in the Lone Star Read More

Sports in the State of Montana