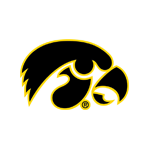 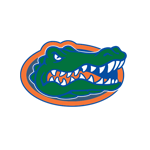 Originally called the Hall of Fame Bowl from 1986 to 1994 until being renamed in 1995 for its new title sponsor, the Outback Bowl is an annual game and the first major bowl game to be played in the Tampa Bay area. Outback Steakhouse became the bowl’s main sponsor in 1995. Since that game, the Outback Bowl has matched teams from the SEC and the Big Ten.

The Outback Bowl is played on New Year’s Day unless January 1st falls on a Sunday, in which case it is rescheduled to the following Monday. It is usually the first game to start on a date which is traditionally full of college bowl games, and has kicked off as early as 11AM.

The Outback Bowl is not Tampa’s first bowl game, as the Cigar Bowl was played at old Phillips Field near downtown from 1947–1954. However, the earlier event matched small college teams, so the Outback Bowl was the first major bowl game to be played in the area. (A notable participant in the 1950 Cigar Bowl was Florida State, but the FSU football program had just begun at the time and they were not yet considered a major college team.)

In 1999, the Outback Bowl was moved from Tampa Stadium into newly built Raymond James Stadium next door.

Last year, Tennessee beat Northwestern senseless in its 45-6 blowout win to cover the spread as a 9.5-point favorite and break a four-year ATS winning streak by the underdog while the game’s 51 combined points played Over the 48.5-point O/U Total.

The SEC has gone 14-11 in this annual postseason contest while the Big Ten has compiled a 11-15 record in the 30-year history of the bowl. Georgia, Michigan and Wisconsin have all made a bowl-game high, five appearances while four schools are tied with three wins in this bowl game.