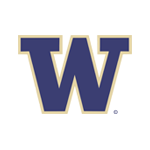 Officially known as the Chick-fil-A Peach Bowl, the Peach Bowl is an annual game played in Atlanta, Georgia since December 1968. The first three Peach Bowls were held at Grant Field on the Georgia Tech campus in Atlanta. Between 1971 and 1992, Atlanta-Fulton County Stadium hosted the game. Since 1993, the game has been held at the Georgia Dome.

Besides its long tradition, the Peach Bowl is also one of the most popular games in the NCAAF Bowl season. As of 2013, the bowl was sold out for 17 straight years, the second-longest streak behind only the Rose Bowl.

Seven of the first ten games played (all but the 1968, 1971, and 1974 games) featured an Atlantic Coast Conference team against an at-large opponent. From 1993 until 2013, the game matched a Southeastern Conference (SEC) team against one from the ACC. In 2005, the bowl was set to host its first-ever matchup of top 10 ranked teams.

As announced by the College Football Playoff Selection Committee, the first New Year’s Six bowl matchup of 2015 will see American Athletic Conference Champion (18) Houston take on (9) Florida State. The 48th annual Chick-fil-A Peach Bowl will host its matchup of two top-20 teams on Dec. 31 at 12:00 p.m. ET from the Georgia Dome in Atlanta. The game will be nationally televised by ESPN.

Underdogs have gone 3-2 ATS over the last five matchups while recording the ATS payday by winning outright in two of those three contests, including last season’s 38-24 stunner that Houston unleashed on unsuspecting Florida State. Teams from the ACC have lost seven of the last 10 Peach Bowl contests outright while going 4-6 ATS during the span.