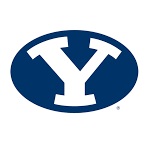 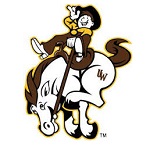 Created and played for the first time in 1955, the Poinsettia Bowl is played in late-December each year at Qualcomm Stadium in San Diego, California. The game originally served as the military services championship game, pitting the Western and Eastern Military Services champions. In the inaugural Poinsettia Bowl played on December 20, 1952, Bolling Air Force Base defeated the San Diego Naval Training Center by a score of 35–14.

The game was played again in 1953 with Army’s Fort Ord Warriors beating the Quantico Marines. Fort Ord repeated as champion in 1955, the year of the fourth and final such Poinsettia Bowl.

The bowl was resurrected in 2005. The game featured the United States Naval Academy Midshipmen against the Colorado State Rams. Navy won 51–30. In July 2007, it was announced that (starting with the 2008 game) the Pac-10 would replace the at-large team and send its seventh-place team to the game and its sixth-place team in 2009 and 2010.

In 2008 the bawl commission replaced the PAC-10 representative and invited a WAC team instead (Boise State). The game pitted the No. 11 TCU Horned Frogs of the Mountain West Conference against the No. 9 Boise State Broncos the Western Athletic Conference champion; TCU won, 17–16.

The Boise State Broncos beat the Northern Illinois of the Mid-American Conference 55-7 in the 2015 Poinsettia Bowl. The 2016 edition of the game features the BYU Cougars (8-4, Independent) and the Wyoming Cowboys (8-5, 6-2 MW), who will look to rebound from two losses against New Mexico and San Diego State at the end of the season.