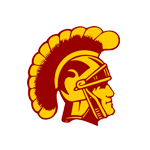 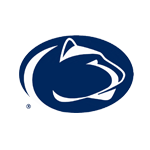 Nicknamed “The Granddaddy of Them All”, the Rose Bowl is the oldest bowl game in NCAAF history and also the highest attended game in the annual college football bowl schedule. It was first played in 1902, and has been played annually since 1916.

The first Rose Bowl was played on January 1, 1902 to help fund the cost of the Rose Parade. The inaugural game featured Fielding H. Yost’s dominating 1901 Michigan team, representing the East, and Stanford University, representing the West. Michigan crushed Stanford by a score of 49–0 (Stanford quit in the third quarter), finishing the season 11–0 and sealing the national champion.

The Bowl has hosted many notable games during its history, including the 1925 Rose Bowl, featuring Knute Rockne’s Notre Dame against “Pop” Warner’s Stanford team; the 1926 Rose Bowl, featuring Alabama Crimson Tide’s win over Washington; and the 1940 Rose Bowl, featuring Howard Jones’ USC Trojans against Bob Neyland’s Tennessee Volunteers. During this period, there were ten games in which undefeated teams faced each other on the field.

The Rose Bowl has also served as the NCAA championship game twice during the BCS era. The 2002 game served as the BCS championship game between the BCS No. 1 ranked Miami, then a member of the Big East Conference, and the BCS No. 2 ranked Nebraska, then a member of the Big 12 Conference. Miami claimed the win over Nebraska 37-14. The 2006 Rose Bowl game featured offensive powerhouses Texas, riding a 19-game winning streak, and USC, which entered the game with a 34-game winning streak and two Heisman Trophy winners. Texas ended up winning the game 41–38.

Last year, Stanford pounded Iowa senseless in its 45-16 blowout win to easily cover the spread as a 6-point favorite while the game’s 61 combined points played Over the 51.5-point O/U Total.

The favorite in this annual postseason affair has covered the college football betting line in two straight and four of the last five matchups. USC has the made most appearances (33) and wins (24) in this highly-coveted bowl game while teams from the Pac-12 have won four of the last five games overall.