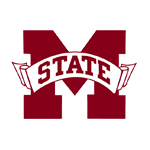 On June 18, 2014, it was announced that bitcoin payment service provider BitPay would become the new sponsor and that the game was going to be renamed the Bitcoin St. Petersburg Bowl. On April 2, 2015, one year after announcing the sponsorship, BitPay declined to renew sponsorship of the game.

The St. Petersburg Bowl, which is the third college bowl game to be played in the Tampa Bay area; features teams from the American Athletic Conference against either the Atlantic Coast Conference or Conference USA, unless one of the conferences does not have enough bowl eligible teams, in which case the Mid-American or Sun Belt Conference are eligible to send a team.

The inaugural game was played on Dec 20, 2008, between the South Florida Bulls and Memphis Tigers, with the USF Bulls winning by a score of 41–14. Both the UCF Knights and the Rutgers Scarlet Knights accepted bids to play in the 2009 St. Petersburg Bowl on December 19, 2009. In the second St. Petersburg Bowl, Rutgers defeated Central Florida 45-24. The 2010 Beef ‘O’ Brady’s bowl pitted the Southern Miss Golden Eagles against the Louisville Cardinals on December 21, 2010. After dragging behind 14–0 and 21–7, Louisville came back to win their sixth contest in a row against Southern Miss, 31–28.

Last year, Marshall got past UConn 16-10 to cover the spread as a 3-point favorite while the game’s 26 combined points played well under the 44-point O/U Total. The favorite in this annual postseason clash has gone 6-2 SU and ATS while the Total has gone Under five times during the span.