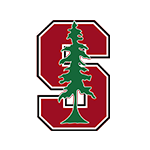 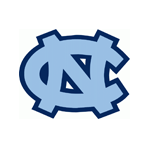 Know as one of the oldest Bowl games in the nation right behind the Sugar, Orange and Rose Bowl, the Sun Bowl is usually played at the end of December in El Paso, Texas. The first three games (1935-1937) were held at El Paso High School stadium, but the Bowl was relocated to Kidd Field until the present stadium was ready in 1963. For over four decades the game was played on New Year’s Day or January 2; but starting in the 1970’s the game has been played in December, with the 25 of the last 27 games played on or near December 31.The bowl is currently known as the Hyundai Sun Bowl after Korean Automaker Hyundai Motor Company bought the naming rights to the bowl from Helen of Troy Limited on June 24, 2010. Hyundai is the fourth title sponsor of the Sun Bowl, after Helen of Troy (through its Vitalis and Brut brands), Norwest Corporation/Wells Fargo, and John Hancock Insurance.

Since 2014, the Sun Bowl Football Selection Committee has shared the third through sixth selections from the ACC with the Belk Bowl, the Pinstripe Bowl and either the Taxslayer Bowl or the Music City Bowl. On the Pac-12 side, the Sun Bowl will have the fourth selection following the newly formed College Football Playoff.

Starting in 2009, Underdogs covered the spread in four straight Sun Bowls while the winning three of those contests outright. The favorite has won each of the last three Sun bowls while cashing in for betting enthusiasts in two of those games.

The Pac-12 has won three straight and four of the last five Sun Bowls overall, while the Texas Tech Red Raiders have made the most appearances in this game, despite posting a dismal 1-8 mark in nine appearances.

Last year, Washington State beat Miami 20-14 to cover the college football betting line as a 1.5-point favorite while the game’s 34 combined points played well under the 62.5-point O/U Total. The Over is 5-2 in the last seven Sun Bowls.