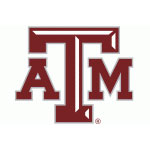 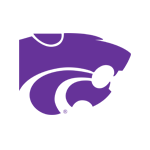 First played in 2006, the Texas Bowl (officially known as the AdvoCare V100 Texas Bowl for sponsorship reasons, and formerly known as the Meineke Car Care Bowl of Texas) is an annual bowl held in 2006 in Houston, Texas as a replacement for the now-defunct Houston Bowl, which was held annually from 2000 to 2005. The first bowl game hosted in Houston was the Bluebonnet Bowl, played from 1959 through 1987.

The Texas Bowl name and logo were officially unveiled on August 10, 2006, at a press conference along with the conference affiliations for the bowl spots. The Big 12, Big East and Conference USA will be affiliated with the game, as well as Texas Christian University of the Mountain West. The 2006 matchup featured teams from the Big 12 and Big East Conferences.[4] On April 12, 2011 ESPN announced that Meineke Car Care had signed a three-year title sponsorship deal beginning in 2011 to change the name of the bowl to the Meineke Car Care Bowl of Texas.

2010 marked the eleventh straight year that a bowl game has been played in Houston, and the 40th year overall with such a game there (the Bluebonnet Bowl lasted 29 years). It was also announced on December 30, 2009, that ESPN Plus would take over as part owner and operator of the game, while Lone Star Sports and Entertainment will maintain a stake in the bowl, and would be carried on ESPN.

On February 12, 2014, it was announced that AdvoCare will be the title sponsor for the bowl game.

The Favorite in this annual bowl game has won two straight and three of the last five meetings while the Under has gone 3-2 over the span. In 2014, Arkansas spanked Texas 31-7 to easily cover the college football betting odds as a 7-point favorite while the game’s 38 combined points played Under the 43-point O/U Total.

Last year, the LSU Tigers ran roughshod over the Texas Tech Red Raiders 56-27 to cash in as a 7-point favorite while the game’s 83 combined points played Over the 83.5-point Total. Texas Tech was the last team from the Big 12 to win the Texas Bowl when they beat Minnesota 34-31 in a thriller to cover the spread as a whopping 13-point underdog.