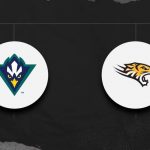 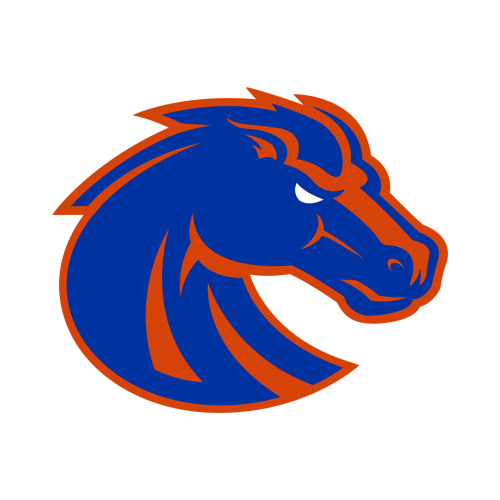 Undefeated San Diego State heads to Idaho to battle the Boise State Broncos in a key Mountain West Conference matchup on Sunday. The Blue and Orange have a decent 17-9 record. They’re not assured of a bid to the Big Dance unless they get a quality win, though. Will the Broncos grab that quality win on Feb. 16? Or, will the Aztecs run their record to 26-0? Can SDSU cover the spread as a road favorite? Check out college basketball odds, a preview, and a free pick for San Diego State vs Boise State!

Why San Diego State Aztecs are a good bet ATS

SDSU wins with both offense and defense. The Aztecs average 76 points per while allowing just 58.4 each game. But the real reason to like San Diego State to crush it on Sunday is because of how they’ve fared against the spread. Since going 0-3 ATS, SDSU is 4-0 ATS in their last 4 games. San Diego State is peaking at the perfect time. They can win and cover on the road against Boise.

Why Boise State Broncos are a good bet ATS

Although Boise State looks overmatched, there are some positives. The Broncos average 77.7 points per game. They shoot a blistering 45.5% from the field and a terrific 34.7% from three. On defense, Boise holds their opponents to 29% from behind the arc. If the Broncos’ offense gets going on Sunday, they can hang with SDSU on the scoreboard. Don’t look past Boise State to provide an ATS victory.

It’s close to impossible to go undefeated during the regular season. The 2015 Kentucky Wildcats were 38-0 before they lost to Wisconsin in the Final Four. They’re the last team to do it. The 2017 Gonzaga Bulldogs were 29-0 before losing to BYU.

History is not on SDSU’s side. To make things more difficult for the Aztecs, Boise State has rocked it. Since a loss to Air Force on Jan. 18, the Broncos have played like a different team. Boise is 6-1 ATS in their last 7. They’ve become an against the spread covering power.

But that doesn’t mean we back them versus San Diego State. Although Boise has gone 6-1 ATS in their last 7, the Aztecs are on a roll. San Diego State sees a 1-seed in the future. They won’t blow it by winning a close one against Boise State.

Posted: Friday, February 14, 2020 10:22, EST
Undefeated San Diego State heads to Idaho to battle the Boise State Broncos in a key Mountain West Conference matchup on Sunday. The Blue and Orange have a decent 17-9 record. They’re not assured of a bid to the Big Dance unless they get a quality win, though. Will the Broncos grab that quality win on Feb. 16? Or, will Read More
0 comments

Posted: Monday, February 12, 2018 9:07, EST
If the NCAA Tournament were to start today, Virginia would be the No. 1 overall seed even though the Cavs just lost Saturday at home in an upset vs. Virginia Tech. Villanova, Xavier and Purdue would also get No. 1 seeds. The No. 2 seeds are: Auburn, Kansas, Duke and Cincinnati. Here are two interesting NCAA Basketball betting matchups this Read More
0 comments

Posted: Tuesday, February 2, 2016 5:54, EST
Outside the impressive trio of Oklahoma, North Carolina and Villanova, it’s really difficult to have a lock on other top seeds for the annual NCAA Tourney…
0 comments

Posted: Thursday, November 19, 2015 4:08, EST
The 2015-16 NCAAB season is off to a gripping start and the majority of the preseason NCAA Hoops betting favorites are living up to their expectations, led by the likes of Kentucky and North Carolina State. However, with less than one week of data to work with, it’s hard to say that everything will continue to remain the same as Read More
0 comments

Posted: Friday, November 13, 2015 2:13, EST
The 2015-16 college basketball season is right around the corner and, based on the many preseason stories that have been bombarding the inter webs, most college basketball betting enthusiasts already know what to expect in the NCAA Basketball betting lines heading into this year’s action. In line with all such preseason talks, here’s how we figure the Mountain West Conference Read More
0 comments

Posted: Wednesday, March 18, 2015 10:00, EDT
You might think that the Dayton Flyers (25-8) would be delighted to play their First Four game in front of a home crowd, but that just adds an extra element of pressure they would sooner not have. Throw in the fact that their opponent, the Boise State Broncos (25-8), seem to save their best for tough environments, and you can Read More
0 comments

Sports in the State of Idaho