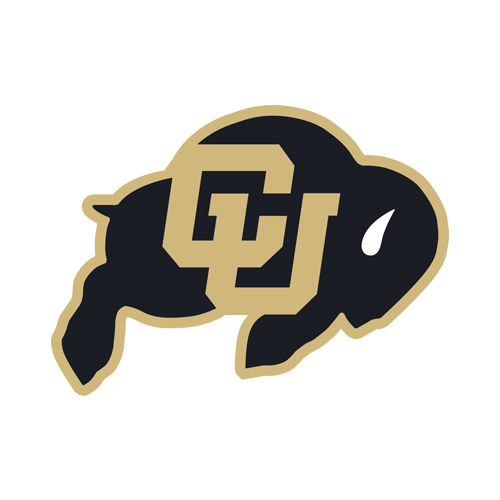 It’s surprise ACC Tournament champion and No. 12 seed Georgetown against arguably the Pac-12’s best team (but not champion) in No. 5 Colorado in NCAA Tournament first-round action on Saturday from the East Region. The Buffs are favored on the NCAAB odds.

Former Hoyas legend and Basketball Hall of Famer Patrick Ewing guided his alma mater to the NCAAs after winning four games in four days as a No. 8 seed in the Big East bracket. The Hoyas used a 34-3 run over an 11-minute stretch spanning the first and second halves of the title game against Creighton to blow out the Bluejays and clinch the league’s NCAA Tournament automatic bid.

Georgetown’s appearance in the championship game marked a first in league history for a team that was picked to finish last in the preseason poll. The 25-point victory was the second largest scoring margin in a Big East Championship Game, dating back to 1993 (Seton Hall, 33 points).

Freshman Dante Harris earned the Dave Gavitt Trophy as the Most Outstanding Player of the Big East Tournament, becoming the 10th Hoya to earn the award and first since Jeff Green in 2007. He averaged 11.8 ppg over four games, going a perfect 10-for-10 from the free throw line, while leading the Hoyas with 13 assists and seven steals

We’ll see if Jahvon Blair (15.8 PPG on the season), Dante Harris (11.1 PPG in the Big East tournament) and their teammates can keep the magic going.  For the season, Blair leads the Hoyas in scoring with 15.8 ppg and is one of just four players in the Big East to rank among the top 10 in both scoring (15.8 ppg) and assists (3.8 apg). Sophomore Qudus Wahab has been a different player this month, averaging 14.3 points.

The Hoyas are making their 31st appearance in the NCAA Tournament, and their first since 2015. Georgetown is 48-29 all-time in the tournament, and 18-7 in the first round.

Coach Tad Boyle’s squad (22-8) has lost just three games since Jan. 30. The Buffaloes didn’t pick up any major nonconference wins and the Pac-12 slate didn’t match what Big 12 and Big Ten teams faced this season, but they ranked in the top three in offensive and defensive efficiency in league play.

McKinley Wright IV is a Top-10 point guard in college basketball and someone who has been waiting for this moment. Colorado blew its Pac-12 title game vs. Oregon State, but don’t let that dissuade you from this team’s ceiling. This is the school’s highest seeding in program history.

Colorado’s No. 3 seed is its highest since the NCAA began seeding the entire field in 1979. The Buffaloes’ previous best was a No. 8 seed, achieved in their last two appearances (2014 and ’16). The tournament berth is a sweet reward for the Buffs, as no player on CU’s roster has played in an NCAA tourney game.

This year’s tournament will be the fifth NCAA appearance for the Buffs in Boyle’s 11 years in Boulder and 15th overall in program history. It is also the ninth postseason appearance under Boyle in 10 years of postseason opportunities. Prior to 2012, Colorado had advanced to just two NCAA Tournaments in 42 years (1997 and 2003). Colorado has an all-time 10-16 record in the NCAA Tournament, and has won just two NCAA openers in the last 58 years — 1997 vs. Indiana and 2012 vs. UNLV.

The winner will face either No. 4 Florida State or No. 13 UNC-Greensboro on Monday, March 22, in the second round.

Posted: Thursday, March 18, 2021 10:35, EDT
It’s surprise ACC Tournament champion and No. 12 seed Georgetown against arguably the Pac-12’s best team (but not champion) in No. 5 Colorado in NCAA Tournament first-round action on Saturday from the East Region. The Buffs are favored on the NCAAB odds. How to Bet Georgetown vs. Colorado NCAA Basketball Odds & TV Info When: Saturday, 12:15 PM ET Where: Read More

Posted: Wednesday, March 3, 2021 9:10, EST
No. 24 Colorado is still in the running for the Pac-12 regular-season title, and the Buffs will be home favorites over unranked Arizona State, which has disappointed this season in part due to injuries and COVID.  Colorado is a +25000 long shot to win the national title. How to Bet Arizona State at Colorado NCAA Basketball Odds & TV Info Read More

Posted: Wednesday, February 3, 2021 9:00, EST
Colorado is on the verge of being ranked in the AP Top 25 and the Buffaloes are still in the running for the Pac-12 regular-season title, but they can’t afford a home loss to Arizona State in the late Power 5 game of Thursday night. The Buffs will be solid favorites on the NCAAB odds. How to Bet Arizona State Read More

Posted: Wednesday, January 6, 2021 9:08, EST
There is no football action on Thursday night, but there is late-night basketball from the Pac-12 as No. 17 Oregon, most likely the conference’s best team, visits Colorado. The Ducks will be favored on the NCAAB odds but not by a lot. How to Bet Oregon at Colorado NCAA Basketball Odds & TV Info When: Thursday, 11 PM ET Where: Read More

Posted: Thursday, February 6, 2020 1:46, EST
The 24th ranked Colorado Buffaloes will look to take care of business at home when they host the California Golden Bears in a Thursday night pairing of Pac-12 rivals. With both ballclubs looking to record consecutive victories after picking up wins the last time out, let’s find out which team is offering the best value against their NCAAB Odds in Read More

Posted: Thursday, January 23, 2020 10:41, EST
Washington State travels to Colorado a massive underdog. The home team Buffalos award the Cougars 13 points in their Pac 12 throw down on Thursday night. Will Washington State cover the gigantic spread? Or, will Colorado show why they’re a top Pac 12 squad? Check out the college basketball odds, analysis and a free pick for Washington State vs Colorado! Read More

Posted: Thursday, December 19, 2019 6:05, EST
When it comes to the NCAA basketball tournament, there are a lot of folks who will tell you that success in the tournament is all about landing in a good spot in the bracket. The dark horse teams that always seem to emerge once March Madness begins are very often those that snuck into the top 25 in the national Read More

Posted: Thursday, December 12, 2019 2:22, EST
We usually have a pretty good idea about which teams will be occupying the top spots in the college basketball rankings each season, as it tends to be a group of very familiar faces that are among the best in the nation. What is a little less predictable is the teams that will eventually make up the top 25 in Read More

Posted: Friday, December 6, 2019 2:49, EST
The goal of every team coming into the new college basketball season is to cut down the nets after winning the National Championship. While March Madness is perhaps the most unpredictable of all the playoffs in the sporting world, success or failure in the tournament often comes down to where a team is ranked once the brackets are released. There Read More